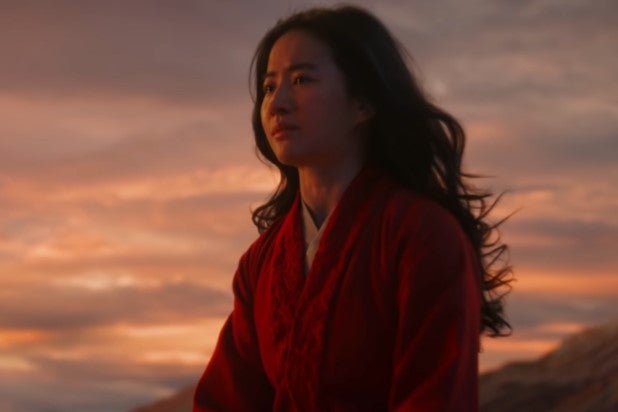 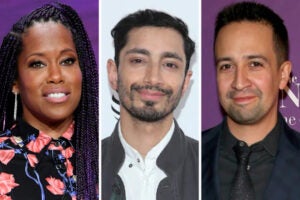 “Mulan” was viewed for an estimated 525 million minutes in the U.S. in its first three days of availability for purchase on Disney+, according to Nielsen data released Thursday.

It’s the first and likely most concrete number we have for the streaming-first release of “Mulan,” as Disney hasn’t released any figures about the film’s performance on the popular SVOD app. And while Nielsen’s estimate is imperfect for a number of reasons, some simple math suggests that the live-action remake earned big bucks for The Walt Disney Company — as much as $137 million, in fact. (And the company wouldn’t have to split any of that with theater owners as it would with box office grosses from a regular release.)

“Mulan” was released Sept. 4 on Disney+, skipping a planned domestic theatrical release due to the coronavirus pandemic and testing the waters for a premium video on demand model. The film cost $29.99 on top of the monthly subscription fee for Disney+ ($6.99 per month or $69.99 per year), but rather than a rental, viewers who purchased the film will have access to it for as long as they’re subscribers of Disney+.

The 525 million viewing minutes for “Mulan” came during the period of August 31 through Sept. 6, launching it into the Top 10 of all shows or movies streamed that week in the U.S., according to Nielsen. And in the case of “Mulan,” that would have included only Sept. 4, 5 and 6 — or the equivalent of a traditional opening weekend for a new movie.

So let’s do the math:

There are a number of problems with that figure, of course. It doesn’t account for the fact that someone who purchased “Mulan” could have watched it multiple times, meaning there wouldn’t be an additional purchase of $29.99.

It also doesn’t account for the wacky ways in which people or kids (especially kids) may have watched the film: pausing, starting and stopping, rewinding, etc. — or if they even finished it. And it wouldn’t translate to what a normal box office haul would be either, as whole households could have watched “Mulan” together for one price, whereas they would each have had to buy a movie ticket in a theater (though in some cases as discounted rates for the kids).

Nielsen also only began its streaming video on demand measurements a few weeks ago and only just began measuring performance on Disney+, so not only are these estimates based on Nielsen’s imperfect panel, they’re still a work in progress.

A representative for Disney+ did not immediately respond to TheWrap for a request for comment on the Nielsen figures.

The 525 million minutes streamed that week put “Mulan” in the company of Netflix shows like “Away,” “The Legend of Korra” and “Grey’s Anatomy,” and that’s for a single feature film compared to a series with dozens of episodes.

Nielsen’s numbers, though, aren’t the only ones in town. Competitor Samba TV made its own estimate last month that said “Mulan” was only viewed by 1.12 million households over a four-day span. It estimated that would amount to a $33.5 million domestic opening weekend, putting it in the range of Pixar’s “Onward” in its opening weekend in March ($39.1 million) just before the pandemic hit.

Even if “Mulan” grossed closer to $100 million through streaming, the film’s revenues would be akin to “Trolls World Tour,” which Universal said made $100 million over its first three weeks back in April for just a $19.99 rental, setting the stage for what premium video on demand viewing would look like during a pandemic.

Still, “Mulan” figured to be one of Disney’s big tentpoles of the year when it was originally slated for release in March just as the pandemic hit stateside. Something like the remake of “The Lion King” from last year made $191.7 million in its opening weekend and would go on to earn $1.6 billion worldwide. “Aladdin” made $91.5 million and likewise became a $1 billion movie worldwide. For the record, the animated “Mulan” from 1998 opened to $22.7 million and made $304.3 million worldwide.

It’s impossible to draw a one-to-one comparison to a movie released amid a pandemic to a general summer release, but the hopes for “Mulan” were sky high, and it has earned $64.4 million in theaters overseas, including a disappointing $39.9 million in China, where it was heavily marketed.

The release of “Mulan” through PVOD was intended to be a one-off, and Disney has already pushed back the theatrical release of its next big tentpole, Marvel’s “Black Widow,” to summer 2021. “Mulan” will also be made available on Disney+ without the premium video price tag later this year, and it this week debuted for digital purchase through platforms beyond exclusively Disney+.