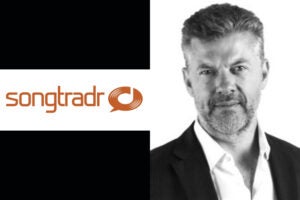 ‘Mulan’ Is Sinking at the Chinese Box Office, and Here Are 3 Reasons Why

Despite making extra efforts to appeal to a Chinese audience, Disney’s “Mulan” is falling well short of expectations at the overseas box office, and even the grade curve granted by the pandemic’s impact on theaters worldwide doesn’t improve the look of its $23.2 million Chinese opening.

Though the film was moved to a premium video-on-demand release on Disney+, “Mulan” is still getting theatrical release in China and several Asian countries that do not have the streaming service. Even with capacity in Chinese theaters capped at 50%, the runaway success of “The Eight Hundred” — which will soon enter the country’s all-time Top 10 list with $387 million grossed so far — shows how quickly the market has been able to recover with a film that can garner widespread interest.

That sort of film does not appear to be “Mulan.” It’s not the worst performing Disney remake ever in China. It’s on par with the $22.5 million opening for “Maleficent: Mistress of Evil” and ahead of the $18.6 million opening earned by “Aladdin” last year. But those films weren’t made with a Chinese audience in mind, with stars like Liu Yifei, Donnie Yen and Gong Li leading “Mulan”‘s cast, while more Americanized elements of the original animated film, like Eddie Murphy’s Mushu, were removed. Even by pandemic standards, “Mulan” failed to outperform the opening weekend of Warner Bros.’ “Tenet,” which took in $30 million in China last weekend.

The finer details on where Disney went wrong in its attempts to appeal to Chinese moviegoers will be evaluated in the coming days and weeks, but some factors can immediately be identified.

While the mindblowing success of “The Eight Hundred” may have been initially encouraging to Warner Bros. and Disney before they released their blockbusters in China, the Huayi Bros.’ war film is proving to be stiff competition for Hollywood imports even after five weekends in release. “The Eight Hundred” nearly took away the No. 1 spot from “Mulan” with $21.5 million grossed for the weekend, pushing the film’s Chinese total past Universal’s “Furious 7” despite the pandemic limitations.

In the past, we’ve seen American-produced films about China perform well in the U.S. but remain largely ignored in China. Recent examples include “Crazy Rich Asians,” which made $174 million domestic but just $1.6 million in China, and “The Farewell,” which grossed $17.6 million in limited American release and just $566,000 in China. With a robust local film industry providing a wide array of films tailored to Chinese moviegoers, American attempts to do the same tend to fall short.

Ironically, China has responded better to Disney films about other cultures, such as Pixar’s take on Dia de Muertos with “Coco.” But even with all its local stars and the imprint of the biggest entertainment company in the world, moviegoers aside from families seem to be showing a preference for films about China that are by China.

For any release, not just “Mulan,” online piracy in China is an issue. Though distributors don’t have full say over when their films get released in China as those dates are determined by the country’s film board, the usual hope is to have a release in China as close as possible to its release in the U.S. and most other major markets, as high-definition copies of the film are often uploaded to torrent sites shortly after their release in any market.

“Mulan” was no exception, as the film was pirated within a day of its global PVOD release on Disney+. To make matters worse, the torrent leak was followed by a wave of poor reviews for the film. While the film made many deviations from the 1998 animated film, it also made changes to the original Chinese legend taught to children in China for centuries, and those changes were soon shared on social media. Complaints about the film’s historical and cultural accuracy to the Northern Wei era Hua Mulan was a part of also surfaced, further souring pre-release word of mouth. As a result, audience ratings for “Mulan” on Chinese social media site Douban now sit at 4.9/10, compared to 7.8/10 for “Tenet.”

Finally, there’s the growing controversy over the involvement of Xinjiang police in the filming of “Mulan,” which has prompted a response by U.S. lawmakers. In the film’s credits, police in the northwest autonomous region where Uyghur Muslims have been placed in mass internment camps were listed in the Special Thanks section, prompting a backlash in both the U.S. and Hong Kong, where backlash to “Mulan” has persisted for months after Liu Yifei voiced her support for police stifling Hong Kong independence protests.

This past Thursday, Republican Sen. Josh Hawley published a letter criticizing Disney’s involvement with the Turpan Municipal Bureau of Public Security, calling it “hypocritical” for Disney to voice support for the Black Lives Matter movement and then to work with groups accused of rampant human rights violations. Such involvement might also be in violation of U.S. sanctions, as the Trump administration placed sanctions on Turpan last year via the Department of Commerce.

What does this have to do with the Chinese box office? In response to the growing political backlash against “Mulan,” the Cyberspace Administration of China ordered a media blackout against the film this past week. No matter which country, the final week prior to release is key to a film’s pre-release buzz, and the lack of media coverage in China further diminished Disney’s ability to influence the conversation surrounding the film.