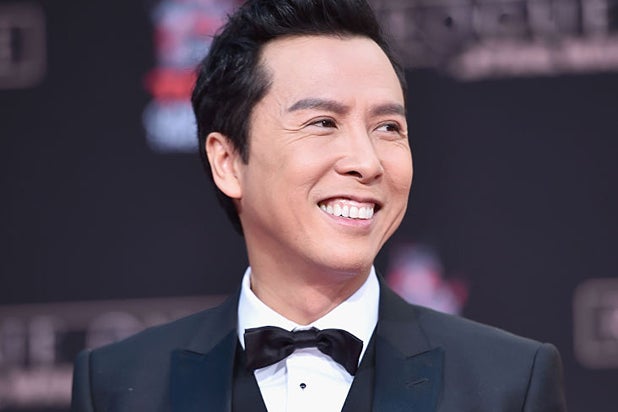 We know Donnie Yen can move, showing off some of his dazzling martial arts skills in the “Ip Man” films and most recently “Mulan,” but we didn’t know the 58-year-old actor could move like that.

In a video posted to his Instagram, Yen matches up moves while breakdancing with a Chinese champion street dancer Yen identified as “David,” locking and popping with the best of them.

“Never too old to dance, locking with David, the current China street dance champion with some James Brown,” Yen said in the post. “By the way, the second movie in my career was a breakdance movie! Yes that’s real OG!”

That movie he’s referring to is 1985’s “Mismatched Couples,” a comedy and action film in which Yen played a breakdancer dealing with some jealous rivals, a poor opera star and even a lunatic who all cause problems for him.

Yen was last seen in “Mulan,” where director Niki Caro praised his effortless swordsmanship in a teaser video in which she described slowing down his motions on camera just so she could watch how remarkable he moved.

“The way he moves a sword, it moves so fast, I had to shoot the sequence again in slow motion just to see what he was doing,” director Caro said. “He is astonishing.”

Yen will next be seen in an action film called “The Father” alongside Alec Baldwin and Frank Grillo, which you can read about here.

Check out his dance video below.