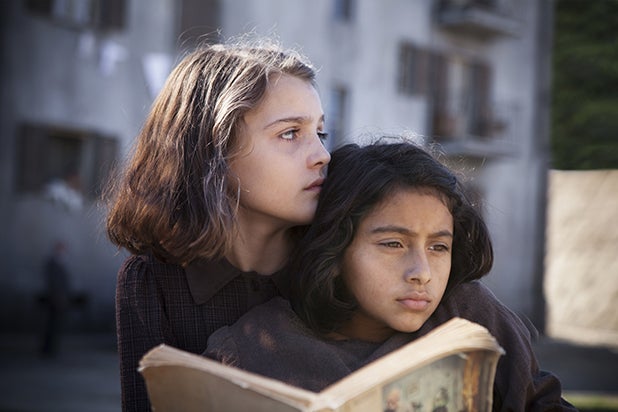 HBO and Italy’s RAI have renewed the Elena Ferrante adaptation “My Brilliant Friend” for a second season, the two companies announced on Tuesday.

The Italian-language drama is set to conclude its eight-episode first season later this month, while the second outing is to be based on “The Story of a New Name,” the second book in Ferrante’s series.

“We’re thrilled that Elena Ferrante’s epic story has resonated so powerfully with viewers and critics, and we look forward to the continuing journey of Elena and Lila,” HBO programming boss Casey Bloys said in a statement.

“RAI is deeply proud of the extraordinary success of ‘My Brilliant Friend.’ It’s an important milestone that confirms our commitment to focusing on international co-production, as well as on the value of Italian talent,” said RAI CEO Fabrizio Salini.

An adaptation of the acclaimed 2012 novel of the same name, the first season of “My Brilliant Friend” is the tale of Elena Greco (Elisa Del Genio as the younger version, Margherita Mazzucco as a teenager) and the most important friend in her life. She met Raffaella Cerullo (played by Ludovica Nasti and Gaia Girace), whom she has always called Lila, in the first year of primary school in 1950.

Set in a dangerous and fascinating Naples, their story goes on to cover more than 60 years of their lives — across three additional books in the series — and explores the mystery of Lila, “Elena’s brilliant friend and – in a way – both her best friend and her worst enemy.”

“We are profoundly proud that this story will continue to captivate audiences worldwide,” adds Lorenzo Mieli, CEO of Wildside and a producer of the series, along with Mario Gianani and Domenico Procacci. “We are even prouder that this result was achieved through the creativity, vision and passionate commitment of an extraordinary [sic] talented team of Italian professionals, led by Saverio Costanzo.”

Saverio Costanzo directed all eight episodes of the first season, with story and screenplays by Ferrante, Francesco Piccolo, Laura Paolucci and Costanzo. Paolo Sorrentino and Jennifer Schuur are the executive producers.

Before Bravo’s “Dirty John” debuts, TheWrap looks back at some of TV’s least trustworthy characters