“Watch this,” Joe Pesci’s Vinny Gambini says about his surprise witness fiancee during the climax of “My Cousin Vinny” — which marks its 25th anniversary on Monday. What comes next is a priceless cinematic moment courtesy of Marisa Tomei — though her unforgettable Oscar-winning moment almost didn’t happen at all.

In the scene, Tomei’s Mona Lisa Vito has just taken the stand in a courtroom where Vinny is the legal representation for two young men who are on trial for murder. She shoots an apathetic eye roll at the prosecution’s Mr. Trotter (Lane Smith) before dismantling his “bullsh– question.”

No, Chevy did not make the 327 Bel Air in 1955. They didn’t make it until ’64, she informs the courtroom, adding that the correct ignition timing on the ’64 would be four degrees before top-dead-center. Boom. Vinny kicks his feet up on the table, smugly satisfied over what’s sure to turn into a victory for his clients.

Also Read: We Just Found a Huge Flaw in 'My Cousin Vinny' - After 25 Years

Then Tomei’s Vito boldly declares: “The defense is wrong.”

It’s the sequence in the film that clinched Tomei’s Oscar win in 1993, the standout moment in Jonathan Lynn’s courtroom comedy that neatly ties everything up in a bow and saves the day.

Tomei rattles off more automotive knowledge than anyone in the world needs to know and does so with the spitfire spunk of a Brooklyn hairdresser who “tawks like dis.” It’s hilarious until the instant she sashays off the bench and leaves even the judge dumbstruck at her knowledge.

The scene is so famous, in fact, that when Bill Belicheck was being grilled during the “Deflategate” scandal, he said he wasn’t “the Mona Lisa Vito of the football world.”

Director Lynn told TheWrap, in honor of 25 years since “My Cousin Vinny” opened in theaters, that the scene is effective because it “pulls a victory out of the jaws of defeat.”

He added: “It shows American justice. Everybody behaves honorably.” 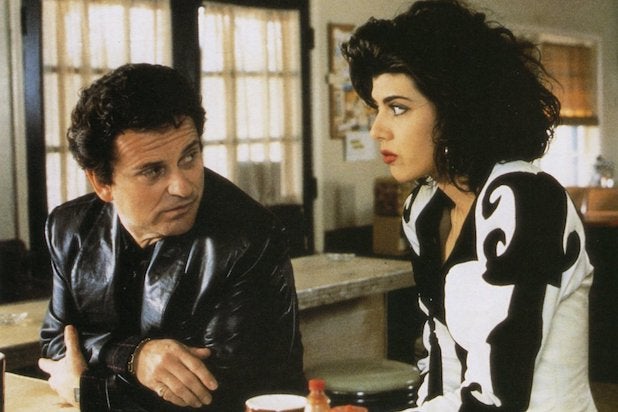 Amazingly, screenwriter Dale Launer, who also spoke with TheWrap, said the studio originally wanted to cut Tomei’s character from the movie altogether. They wanted to give those big moments to Pesci’s Vinny. Launer likened the suggestion to cutting Jack Nicholson from “Easy Rider.”

“I thought they were looking at the best thing in the movie and wanted to cut it out,” Launer said. “Not only did I not take Lisa out, I decided to put more of her into the movie.”

Lynn said that talent agency William Morris seemed to put every actress they represented up for the role but Tomei, and every single one was wrong for the part. Luckily, for all involved, each one turned it down, believing the part wasn’t large enough. (While Lynn wouldn’t let slip who exactly turned down the role, Launer said 1950s and ’60s actress Lisa Gaye was one of a few actresses who originally inspired the character.)

Lynn recalled when he knew Tomei was the perfect — and only — choice for the part. It’s the first scene he shot with her, when Vinny and Lisa have just pulled up in a small town in Alabama, all decked out in black leather. Vinny decides to wear cowboy boots because he thinks he’ll blend in with the locals. Lynn loved Tomei’s cutting, sarcastic line reading: “Oh yeah, you blend.”

“The way she said it, I just knew — that was it,” said the director.

Lynn and Launer agreed that Tomei is really nothing like her character in “Vinny,” but the actress once told NPR’s “Fresh Air” that the comparison is something she’s been concerned with throughout her career. “My mom was an English teacher — she’s retired now — but she was on my butt about that kind of thing and correcting my speech from a young age. Although, I’ve been told I still have that accent,” Tomei said.

Before the “Moonlight” and “La La Land” mix-up became the biggest gaffe in Academy Awards history, Tomei was the subject of her own Oscars controversy. Rumors persist to this day that she didn’t really win, that Jack Palance wasn’t all there when he announced her name for Best Supporting Actress. She was up against some stiff competition — including Judy Davis and Vanessa Redgrave — and comedies almost never win. The rumor has been debunked, and Tomei even joked about it when she hosted “Saturday Night Live.”

“Everyone I spoke to said, ‘Who is this woman? She’s wonderful,'” Lynn said, confident in her victory. 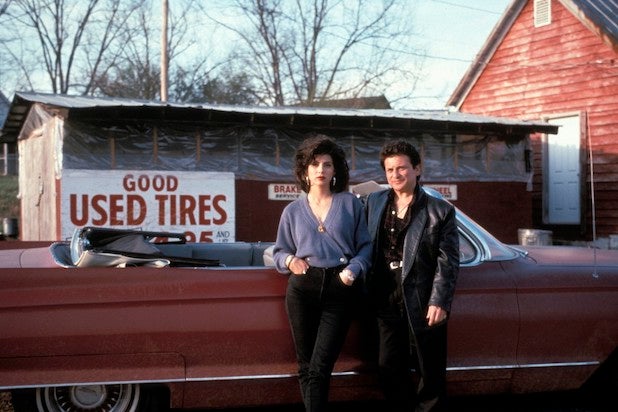 Launer, too, dismissed the idea of Tomei losing the Oscar. In fact, he believed going into Oscar night she would win. Not only was her big moment more emotionally satisfying and the kind of thing Oscar voters love, Launer said, everyone saw “Vinny.” Lynn explained that with little star power to go on, the studio sold the film on word of mouth generated through hundreds of pre-screenings.

But the greatest influence “My Cousin Vinny” has had on cinema is that it’s one of the most realistic representations of the legal system. Both Lynn and Launer have been invited to speak at legal conventions or know lawyers who use “Vinny” in evidence classes. What lawyer wouldn’t give to repeat Vinny’s opening statement, “Everything that guy just said is bullsh–.” Launer shared one poll in which Vinny Gambini even beat out “To Kill a Mockingbird’s” legendary Atticus Finch (Finch lost his case, but Vinny wins his). And Lynn pointed to an article in which a D.C. circuit judge quoted Fred Gwynne’s Judge Haller in the film. “Don’t talk to me sitting in that chair! When you’re addressing this court, you’ll rise and speak to me in a clear, intelligible voice.”

Twenty five years after its release, “My Cousin Vinny” has a second life on cable TV and HBO, the kind of movie that you can’t turn off once you start watching, in part because Tomei helps make that final courtroom scene so absorbing. “Is that your opinion or is it a fact?” To quote Mona Lisa Vito, “It’s a fact.”

Classic slacker comedy came out on Valentine’s Day in 1992

Mike Myers and Dana Carvey turned their hit "SNL" sketch "Wayne's World" into one of the 1990s quintessential cult films. It opened in theaters on Valentine's Day 25 years ago. And though critics grumbled about it, it wowed audiences with its ridiculous number of gags. Directed by "Decline of Western Civilization" mastermind Penelope Spheeris, it remains one of the great send-ups of slacker culture and corporate media. In celebration of it, IMDb and TheWrap have gathered 12 facts about the comedy you probably didn't know.