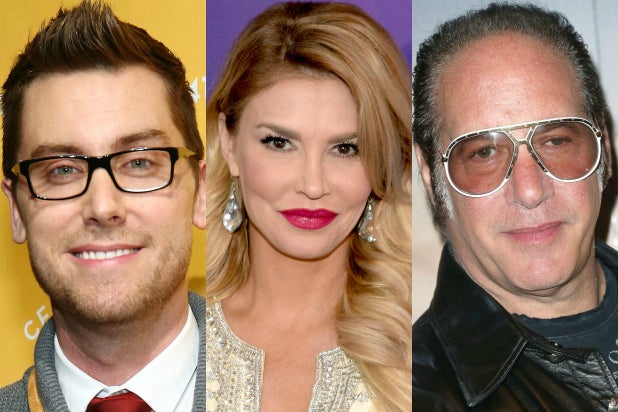 We know Andrew Dice Clay can’t tell a joke — but can he also not cook?

Fox has ordered eight episodes of “My Kitchen Rules,” a reality competition that pits celebrity duos against each other in their own homes. The series is a big hit in Australia, where its been the No. 1 entertainment show for five straight years.

Over the last two seasons, the Aussie version’s finales have ranked as the highest-rated entertainment events.

Clay will be joined by wife Valerie Silverstein, Bass is paired with mom Diane Bass, Glanville partners with her best friend Dean Sheremet, and Judd has husband Larry Strickland.

The series will feature escalating rounds of competition, after which the celebrity duo with the lowest score will be eliminated. The last two teams standing will battle it out in the final round for a pressure-cooker evening, during which they will prepare and present their ultimate dining menu.

“My Kitchen Rules” is a Seven Productions format produced for Fox by 7 Beyond — a joint venture between Seven Network Australia and Beyond International. The series is executive-produced by Conrad Green and Kenny Rosen. The format has been sold in more than 141 countries.

Earlier this week, the network ordered the following five pilots to series: “Lethal Weapon,” “APB,” “The Exorcist,” “Making History” and “The Mick.” Previously, Fox picked up “The Pitch,” about the first woman to play Major League Baseball.