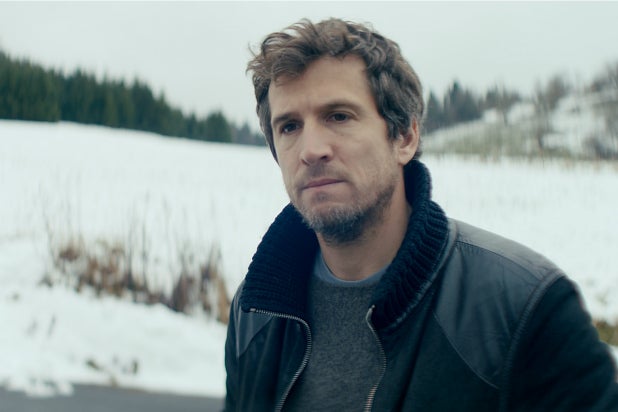 The French thriller “My Son” is about a missing boy, an absentee dad, and a welcome lack of affectation in selling its unnerving premise. Less a vigilante explosion à la “Taken” than a methodical suspense flick built around Guillaume Canet’s character’s turbulent reaction to an in-the-moment tragedy, it might roil those who prefer their cinematic hunts to be speckled with Neeson-esque catchphrases and choreographed violence.

This one’s moodier and messier. But in its modest, stripped-down way, it’s a worthy cousin to the genre stalwarts, anchored in the unvarnished power of Canet’s performance, and the no-nonsense approach to Christian Carion’s direction.

We meet Julien (Canet) as he’s driving into the snow-capped mountains of eastern France, having just received word from his distraught ex-wife Marie (Mélanie Laurent) that their 7-year-old son Mathys (Lino Papa) has gone missing from a nature camp in the dead of night. Mom clings to the notion that Mathys has run away in reaction to her getting pregnant with new boyfriend Grégoire (Olivier de Benoist) and having been sent to the camp due to ongoing behavioral problems. But authorities suspect a kidnapping, for the simple reason that while Mathys’ sleeping bag is gone, his few possessions were left behind.

While the stricken reunion of these exes reveals that there is still a frisson of affection between Julien and Marie, a tense exchange Julien has with the head investigator (Mohamed Brikat) reveals a guilt-ridden dad whose globe-trotting job clearly killed his marriage and damaged his standing as a dutiful father. Making matters worse for Julien’s emotional state is video footage he repeatedly watches of Mathys in happier times with Marie and Grégoire, snippets that Carion drops in like fragmented reminders for the slowly cracking Julien that he’s been missing in action longer than his son has.

But it’s also the state of mind that sets in motion the take-charge-driven pacing of the rest of “My Son,” starting with a night visit to Marie’s place in which Julien, believing he’s found the culprit, pummels Grégoire unconscious and drives him to the police station in his car trunk. With that ill-chosen response to his busted marriage out of the way, Julien turns his energies toward following a more grounded suspicion based on an eye-opening clue, at the same time that we learn that Julien’s business, and its possibly hinky connections to the Middle East, might have something to do with what happened to Mathys.

All of this leads to a final half-hour in the more remote parts of the snowy Autrans in which Julien takes matters into his own hands, with the help of a blowtorch in one confrontation, and a golf club in another. There’s an intriguing nugget of production information in that Carion, who wrote the screenplay with his wife, Laure Irrmann, took the unusual step of keeping the entire story from his star. Filming the movie in sequence over a mere six days, Canet didn’t know what would happen from scene to scene.

I’m not convinced this novel approach had anything to do with how effective Canet consistently is as a man laid low by a parent’s worst nightmare, and not always in control of the vengeance-driven adrenaline coursing through him. Now that Liam Neeson has turned the mad-dad genre into a familiar blueprint of grimaces and cathartic violence, it’s good to see one of these — even as cut-and-dried as “My Son” is — draw much of its tautness from tracking whether Canet’s Julien is more likely to endanger himself than to locate his son.

If anything, Carion’s directing gimmick seems to have benefited his own execution, freeing him to make a fleet, raw thriller bolstered by a compellingly nervy central performance from an actor he’s made good use of before (in the World War I tale “Joyeux Noël” and the spy drama “Farewell”). He gets plenty of support from cinematographer Eric Dumont, who captures what’s breathtaking and treacherous about isolated mountain regions, and editor Loïc Lallemand’s (“In the House”) steady pacing, which helps keep the whole thing to a brisk 84 minutes. And while she’s got only two noteworthy scenes, Laurent makes the most of Marie’s fragility, but also her contempt for how Julien’s brash attack on Grégoire recklessly conflated his bottled-up divorce anger with the more pressing issue at hand: concern for their son.

It’s entirely possible you’ll forget “My Son” fairly soon after you see it. It’s not virtuosic, nor especially memorable. But it’s an efficient pulse-pounder, a flexing of the thriller muscle that at least doesn’t do harm to what is by now a well-worn subset of the revenge category.