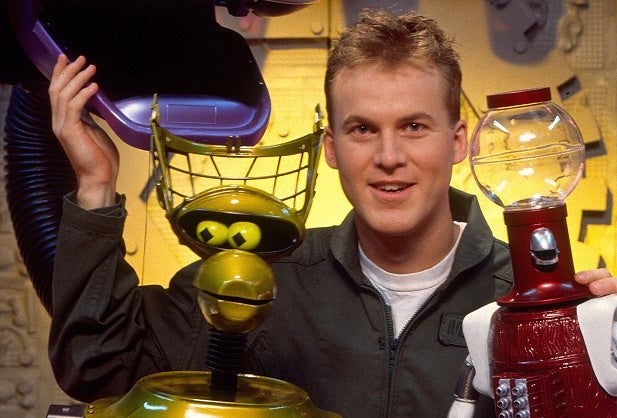 The “Mystery Science Theater 3000” guys – well, the one guy and two robots – are coming back to TV. And this time it will be reality shows, rather than bad movies, that they’ll be skewering.

The trio hosted a cult series that ran for more than decade on the Comedy Channel and Sci-Fi Channel in which Michael J. Nelson and robots Tom Servo (Kevin Murphy) and Crow T. Robot (Bill Corbett) made snide, droll and almost always dead-on comments as the movie played in the background. They’ve continued to crack wise on their web site, Rifftrax.com, since leaving the air.

Also read: Charlie Sheen to Get His War On for National Geographic Special

Nat Geo is bringing them back on Tuesday — that’s April Fool’s Day, but the channel insists this is for real — for “Total Riff Off.” It will be three hour-long episodes featuring clips from some of National Geographic’s wackier reality shows.