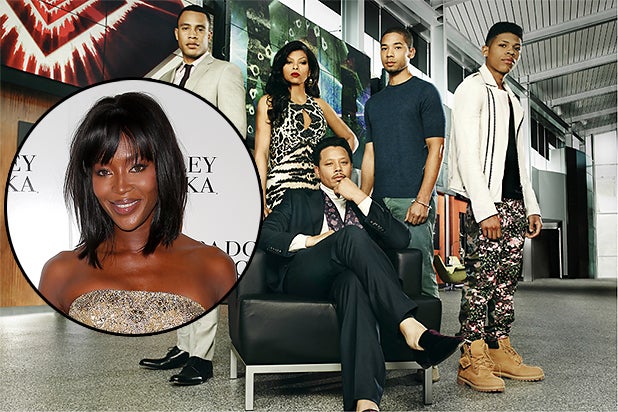 Terrence Howard and Taraji P. Henson star on the show set against the glamour, danger, sex and power in the music industry. Howard plays Lucious Lyon, the CEO of Empire Entertainment whose kingdom goes up for grabs when his health begins to fail, prompting his three sons to battle for takeover. Henson will throw even more chaos into his life as ex-wife Cookie, who’s released from prison seven years early.

Campbell will play Camille, an alluring woman involved in a steamy affair with the much-younger potential heir to his father’s throne, Hakeem (newcomer Bryshere Gray), over whom she exercises considerable influence.

“Naomi is a beautiful actress. Underrated in my mind,” said Daniels, who co-created the show and will serve as an executive producer. “She will be wonderful as Camilla. I am truly thrilled to have one of my close friends join us.”

The show features music by Timbaland and will debut on Fox in early 2015.