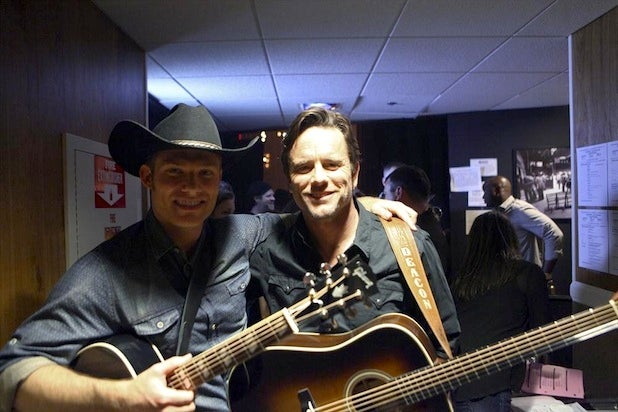 A show representative told TheWrap that while the episode will be predominately pre-taped, there will be two live performances integrated into the storyline.

Taking place on the show’s Bluebird Café set, Will Lexington (Chris Carmack) will be singing “If It’s Love,” which was written by The Striking Matches. And Deacon Claybourne (Charles Esten) will sing “I Know How To Love You Now,” which he co-wrote with Grammy-nominated singer-songwriter Deana Carter.

Additionally, the performances and studio tracks will be available for download on iTunes after the episode airs.