TheWrap magazine: “When you see letters between a mother and a child, it gives you a glimpse of a small moment that can become much larger” says co-writer Lynn Ahrens

A version of this story about Lynn Ahrens and Stephen Flaherty first appeared in the Race Begins issue of TheWrap’s awards magazine.

“After 35 years of writing musicals, I’m beginning to realize that I am sort of a political writer,” said lyricist Lynn Ahrens, whose work has ranged from the Broadway musicals “Ragtime” and “Once on This Island” to the animated film “Anastasia” and the TV series “Schoolhouse Rock.” “There’s sometimes a subliminal political message in what I write, and songwriting can make a difference even if it’s not what you intended.”

She first realized this, Ahrens said, when the climactic song from the 1998 musical “Ragtime,” “Make Them Hear You,” took on a life of its own outside that show, including a spectacular version by Aretha Franklin in honor of Nelson Mandela. “That song made me understand that even if I’m writing for a specific purpose, there can be a larger political meaning to what I do,” she said.

The latest example, co-written with her longtime collaborator Stephen Flaherty, is “How Can I Tell You?” from “Nasrin,” director Jeff Kaufman and producer Marcia Ross’ documentary about the imprisoned Iranian lawyer and women’s rights activist Nasrin Sotoudeh. Ahrens and Flaherty had gotten to know Kaufman and Ross when the filmmakers made a movie about their friend and frequent collaborator, playwright Terrence McNally, so they were receptive when asked if they’d write a song. 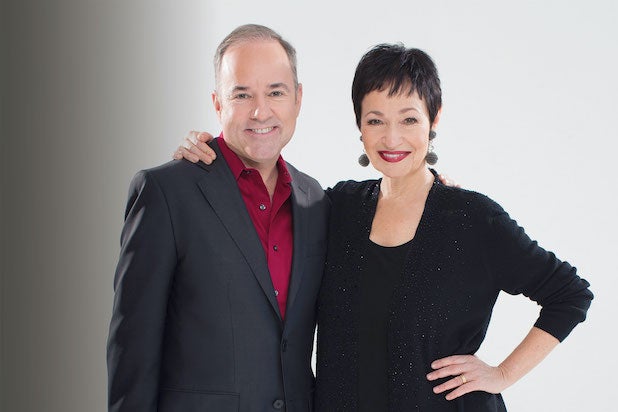 “They shared a rough cut of the film with us, and we were so taken with it that we didn’t even have to discuss it — we knew that we needed to be part of it,” Flaherty said.

The key to the song, he added, was that they wanted it “to be about the person as well as the movement.” He wrote the music, which builds from a feeling of separation to one of connection, looking at a picture of Sotoudeh on his piano. Ahrens, meanwhile, pored over letters that the activist had written her husband and children while imprisoned for defending women who challenged Iran’s mandatory hijab law.

“I was baffled by how a mother could go to prison and be given lashes and still allow herself to remain loving and unembittered,” she said. “It’s so beautiful, I just felt that I had to do her justice.” African singer Angelique Kidjo’s fierce performance helps the song feel universal, but for Ahrens and Flaherty it started smaller than that.

“It’s hard to write in generalities,” she said. “When somebody says, ‘Write an anthem for world peace,’ it’s almost impossible. But when they give you letters between a mother and a child, it gives you a glimpse of a small moment that can become much larger.”