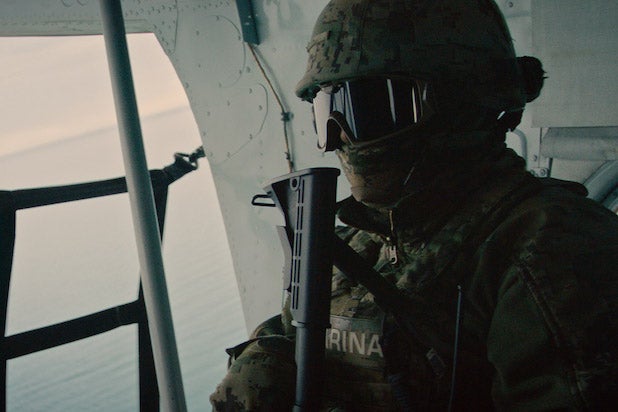 The documentary premiered on Jan. 27 at the Sundance Film Festival and played and won the Audience Award for a documentary from the festival. Richard Ladkani directs the film along with Terra Mater Factual Studios in association with Leonardo DiCaprio and Appian Way, Malaika Pictures and Wild Lens Collective.

The deal was negotiated on behalf of the filmmakers by Josh Braun, Ben Braun, Matt Burke and Ben Schwartz of Submarine.

“Sea of Shadows” examines an environmental crisis formed as a result of actions by Mexican drug cartels and the Chinese mafia. The film looks at the Sea of Cortez, which is collapsing as a result of the hunting of a valuable fish called totoaba that drug cartels have dubbed the “cocaine of the sea.” The documentary claims that cartels are destroying the ecosystem with illegal gill nets in search of the fish and are endangering the world’s smallest whale, known as the vaquita. The totoaba are being poached at an alarming rate for their bladders, which are more valuable per ounce than gold on the black market in China because of a superstitious belief that their bladders possess miraculous healing powers.

“Sea of Shadows” goes inside the fight for survival as a team of brilliant scientists, high-tech conservationists, investigative journalists, undercover agents and the Mexican Navy put their lives on the line to save the last remaining vaquita and bring the vicious international crime syndicate to justice.

“What is happening in Mexico is yet another example of human-caused devastation due to the greed of a few,” director Ladkani said in a statement. “My hope is that this film can raise awareness and help save this precious ecosystem. I could not ask for a better partner in that goal than National Geographic.”

DiCaprio also produced Ladkani’s previous documentary, the Netflix original “The Ivory Game,” which was shortlisted for an Oscar.

Nat Geo’s “Free Solo” became the company’s first documentary nominated for an Oscar, and they recently announced plans for Ron Howard to direct a documentary about the fir in Paradise, California.