“The Days of Abandonment,” a feature film set at HBO and starring Natalie Portman, is no longer moving forward at the network after Portman unexpectedly left the project.

“The Days of Abandonment” was in pre-production at HBO and was to be directed by Maggie Betts based on a novel by author Elena Ferrante, but production will no longer move forward.

“Due to unforeseen personal reasons, Natalie Portman has stepped down from HBO Films’ Days of Abandonment’ prior to the start of filming. Unfortunately, the production will not move forward. We are very sorry we won’t be able to bring this beautiful story to the screen with our talented writer/director and cast.  We send our sincere thanks to our cast, producers, and crew for all their passion and hard work,” HBO said in a statement. 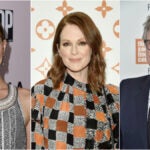 Also Read:
Natalie Portman and Julianne Moore to Star in Todd Haynes’ Next Film ‘May December’

Ferrante is the author of “My Brilliant Friend” and “The Lost Daughter,” which is also being adapted into a feature film directed by Maggie Gyllenhaal and starring Dakota Johnson, Olivia Colman and Peter Sarsgaard.

“The Days of Abandonment” is a 2002 novel that was republished in English in 2005, and Portman was meant to play Tess, a woman who abandoned her own dreams for a stable home life and is in turn abandoned by her husband, throwing her world off its axis. It was described as a visceral, no-holds-barred journey into the mind of a woman in crisis that confronts the norms of motherhood and female identity.

Betts is the writer and director of the 2017 film “Novitiate” starring Melissa Leo.