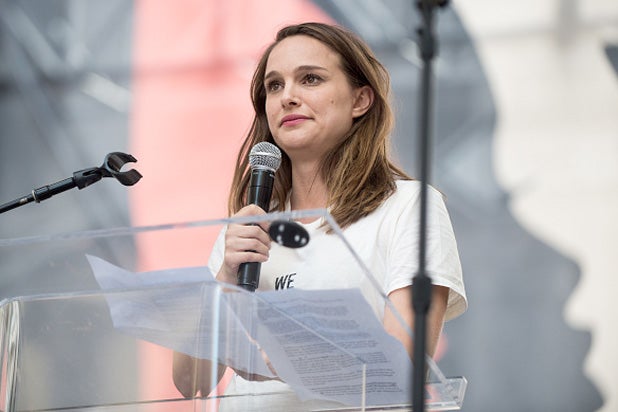 Natalie Portman will not travel to Israel to accept an award she was scheduled to receive in June, saying she “cannot in good conscience move forward with the ceremony.”

“Recent events in Israel have been extremely distressing to her and she does not feel comfortable participating in any public events in Israel,” a representative for the “Annihilation” star told the Genesis Prize Foundation, which presents the award, according to Israeli news outlet Haaretz.

As a result, the June 28 ceremony in Jerusalem will be canceled entirely, the foundation said in a statement on Thursday obtained by Haaretz.

“We are very saddened that she has decided not to attend the Genesis Prize Ceremony in Jerusalem for political reasons,” the statement said, according to the news outlet. “We fear that Ms. Portman’s decision will cause our philanthropic initiative to be politicized, something we have worked hard for the past five years to avoid.”

Portman, who was born in Israel and has duel Israeli and American citizenship, did not specify which “recent events” were the catalyst for her decision, though she is not the first performer to cancel public appearances in Israel due to protests over the country’s ongoing conflict with Palestinians.

Last November, Portman was selected to receive the 2018 Genesis Prize, dubbed the “Jewish Nobel,” for her demonstration of “outstanding professional achievement and commitment to the Jewish people and Jewish values, such as social justice, tolerance and charity.” At the time, she committed to “re-gift” the $1 million in prize money to charities focused on advancing women’s equality.

“The mission of the Genesis Prize is to create a space where we can cast politics aside and come together to appreciate Jewish accomplishments that continue to contribute so much to human civilization; to contemplate Jewish identity and values and what they mean in the 21st century; to strengthen the bond between the State of Israel and the Jewish Diaspora; and to celebrate pride in being Jewish, and – especially in this 70th anniversary year – in the State of Israel,” the Genesis Prize Foundation statement continued. “We are disappointed that this year we will not be able to fulfill this mission in full.”