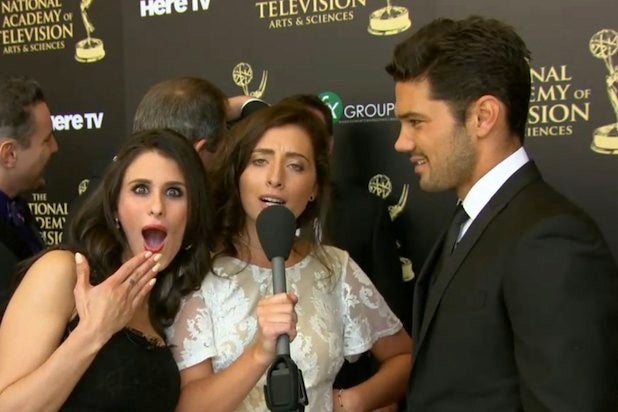 The Daytime Emmys’ pre-show hostesses drew plenty of controversy with their loose-lipped commentary on Sunday.

Two days later, the National Academy of Television Arts & Sciences (NATAS), which presents the show, is taking the opposite approach, remaining tight-lipped about the disastrous webcast, even amid continued outrage and a call for an apology.

As of Tuesday, the organization has offered no official statement or comment regarding the controversy, despite multiple requests from TheWrap.

“The Academy has no official statement at this time,” an insider tells TheWrap.

The executive producer for the red carpet-social media preshow at this year’s Daytime Emmys, Here Media CEO Paul Colichman, has also not responded to multiple requests for comment from TheWrap.

Also read: Daytime Emmys Red Carpet Host Admits in Backstage Video: ‘I Don’t Know Who Any of These People Are’

For the first time, the Daytime Emmys were available exclusively via video streaming this year, after years of appearing on various networks. That wasn’t the only change: An initial posting for the show’s red carpet and social media hosts sought millennials who have a “strong entertainment news background and/or VERY strong social media following (300,000 followers minimum).”

They ended up with hostesses Brittany Furlan, Lauren Elizabeth, Jessica Harlow and Meghan Rosette — a quartet that was apparently chosen more for their social media draw than their entertainment news backgrounds.

Throughout the red carpet pre-show, viewers blasted the hostesses, complaining that they weren’t familiar with the actors they were interviewing. (Furlan admitted as much in a behind-the-scenes video uploaded Monday.)

When they weren’t being oblivious, the hostesses veered into offensive territory. Many viewers, and more than one media outlet, took exception to Harlow referring to “The Bold and the Beautiful” actor Lawrence Saint-Victor as a “chocolate man” and asking him, “what’s it like to be a black man on soaps these days?” Co-host Furlan also warned “General Hospital” star Ryan Paevey, “We’re trying to get you away from us before we rape you.”

While NATAS has declined comment on the debacle for the time being, at least one of the hostesses, perhaps predictably, has fired off a few comments in the days following the show.

“Jokes aren’t dicks, stop taking them so hard,” Furlan wrote via Twitter on Monday, apparently referring to the controversy over the Daytime Emmys pre-show.

Followed by Tuesday’s missive, “Your opinion < my dog’s left nut.”