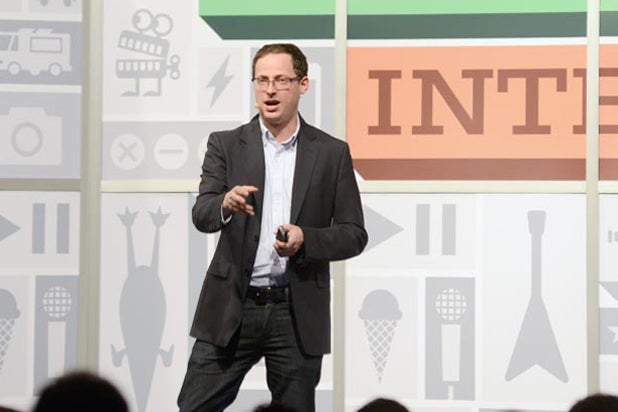 FiveThirtyEight founder Nate Silver gave journalists a sneak peek at his upcoming website venture with ESPN, saying it will focus on the data-driven, accurate coverage for which he’s become known and follow much in Grantland’s model in terms of its editorial independence from its parent company.

The keynote speaker at the annual Online News Association convention, Silver said the site will “not be flashy or listicle-y, but have interesting topics each day that are handled in a smart way and hopefully informs people a bit better.”

Silver also took a few swipes at Politico, whose coverage of elections and politics he’s often criticized, calling it an example of what journalists shouldn’t do. A recent article assumed that correlation equaled causation, Silver said, in stating that the government shutdown lead to Virginia gubernatorial candidate Terry McAuliffe’s upswing in the polls.

“It was stated as a fact when there was no proof of it whatsoever,” Silver said.

Turning back to his own site, Silver said it will be free for all to read — no subscription model or paywall but banner ads and sponsors — and is set to launch “very early next year.”

Coverage will focus on Silver’s areas of expertise – politics and sports — but will have other topics as well.

“The content plan is to cover three buckets that are about equal in size,” Silver said. “One being politics and political news — of course, emphasizing elections still very heavily, one third being sports and one third being everything else put together.”

“A special emphasis on economics, for example, maybe topics like education,” Silver said. “And probably having a little bit of fun from time to time. Having a data-driven take on burritos of course, kinda tongue in cheek.”

Also read: Nate Silver’s FiveThirtyEight to Be Its Own ESPN Franchise (Updated)

ESPN purchased Silver’s FiveThirtyEight brand in July; the blog had been housed with the New York Times since it licensed the site in 2010. Under the new agreement, ESPN now owns the website and the brand.

“They want this product to be high quality, they want to sustain it for many many years,” Silver said. “They bought the brand, bought the website and I’m of the view that in the online news space … if we compromise our standards than the differentiation that makes the brand very hot right now will go away over time.”

Some journalists in the audience questioned if ESPN would control FiveThirtyEight’s coverage, especially after it pulled out of the “Frontline” documentary about concussions in football, some speculating was a response to pressure from the NFL (which both ESPN and the NFL have denied).

“I’m not worried,” Silver said. “And the reason being that we have a sister site in Grantland, which is Bill Simmons’ site, and the paradigm for what FiveThirtyEight is doing. And they have plenty articles that call the NFL out or the NBA out or the lack of payment for athletes who I think are being exploited in college sports.”

Also read: Washington Post Gets Its Own Version of Nate Silver

Silver said many aspects of the site are still being worked out, but he expects writers to contribute “two feature articles a week.”

“Which is not a lot for the metabolism of a blog, so to speak,” he said. “It’s not trivial either, but taking the time to say ‘let’s say fewer things but be more correct about them.'”

“It’s a web product first and foremost,” Silver added. “I’m sure we’ll build out podcasts and video coverage over time, but really the core challenge is in identifying writers and journalists who have the right critical thinking ability.”