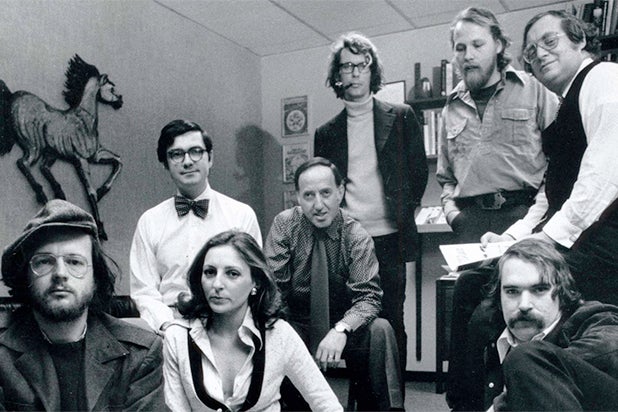 “National Lampoon” is taking issue with A+E Studios over a recently announced show based on the magazine’s early history that’s currently in development at the studio.

Alan Donnes, “National Lampoon” President, told TheWrap that A+E had neither the rights nor permission to use the brand to promote the scripted series, which is based on the History channel documentary “Drunk Stoned Brilliant Dead: The Story of National Lampoon,” and is still in the very early stages of development.

Though “National Lampoon” allowed A+E to use the brand for the documentary, which premiered in January, Donnes says he was shocked to hear that the studio was developing a series inspired by his company. “We were stunned,” Donnes said.

A+E Studios announced on Wednesday that it had begun development on the series “Drunk Stoned Brilliant Dead” (working title), based on the History doc from Douglas Tirola. “National Lampoon” co-founder Matty Simmons is set to serve as consulting producer on the series.

“National Lampoon” was set to announce a similar series next week, Donnes said, and not just one “inspired by” the history of “National Lampoon.” “I’m pretty sure people would rather see Elvis than an Elvis impersonator,” he said.

Netflix has its own, unrelated “National Lampoon” movie in production, with David Wain directing. “A Futile & Stupid Gesture” is set for a 2017 release and boasts a cast including Will Forte, Domhnall Gleeson, Joel McHale, Paul Scheer, Matt Walsh, Emmy Rossum and Natasha Lyonne.