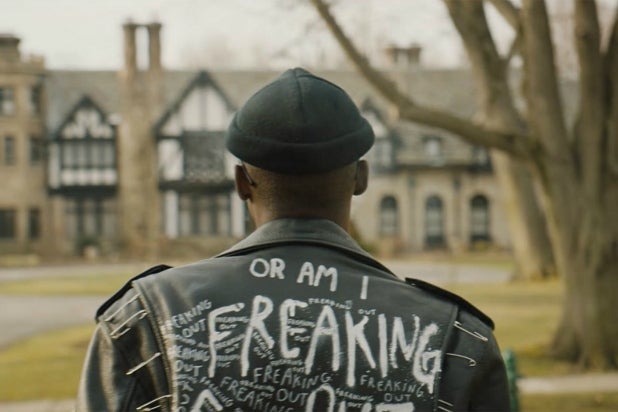 Revamping Richard Wright’s 1940 seminal novel via a modern adaptation by Pulitzer Prize-winning playwright Suzan-Lori Parks, first-time feature director Rashid Johnson has made a thunderous impression with “Native Son,” which had its world premiere at the Sundance Film Festival.

Still set in Chicago and subdivided into “Fate,” “Fear,” and “Flight” segments (as in the source material but in rearranged order), the thought-provoking film is steered by Bigger “Big” Thomas (Ashton Sanders, “Moonlight”), a non-conformist African American youth garbed in a customized leather jacket and sporting green hair.

Lyrical voice-over quickly provides access to his sharp-edge observations on the external entities that constantly challenge his self-awareness. Parks and Johnson repeatedly confront him with fellow African Americans questioning the authenticity of his black identity, as well as white folks with seemingly benign motivations but misguided by tone-deaf “wokeness.” Binary solutions, however, are never in sight — rightfully so.

Caught between expectations and stereotypes, Big lives pigeonholed as a black man who doesn’t like hip-hop but is fond of classical music, who’s not into sports even though his father was, and who consciously refuses to perpetuate the criminal path that systematic inequality offers. “Even if it wasn’t me, folks would assume it was,” he notes late in the film, referencing the irrelevance of truth and guilt in a reality based not on facts but on biases.

Johnson’s directorial acumen reveals itself once Big lands a job as a private driver for magnate Henry Dalton (Bill Camp) and his impulsive daughter Mary (played by an effectively unnerving Margaret Qualley, also seen at Sundance in “Adam”). Radiating “Get Out” vibes of impending doom, this new move towards financial stability for Big — described as a “wild card” by girlfriend Bessie (KiKi Layne, “If Beale Street Could Talk”) — poses its own set of perilous power imbalances.

Uncomfortable interactions between Mary and Big, as she hungers for validation on her lackluster progressiveness and whitewashed outrage, are handled with tonal precision so complex that is easy to feel uneasy while smirking at a candid moment between them. Sanders’ performance shifts from the defiant renegade in uniquely fashionable clothing to a live-in servant expected to be gracious and grateful for every white-given opportunity.

These thematic, layered scenes, each one more brooding than the one prior, exist as result of Johnson’s assured choices that simultaneously track this employee-employer relationship as it actually unfolds as well as how it would be perceived by the collective understanding of the white majority. Though intellectualized here, these critical points are interwoven into the ambiguous fabric of the movie. They are implicitly present while unavoidably felt. Cringing wouldn’t be an out-of-place reaction.

Two-thirds into “Native Son,” an earthshaking twist — for those not familiar with the book — turns the tables, making its commentary on racism and the treacherous waters that people of color must navigate all the more resounding. Both writer and director, through their joint venture, seem to be asking if justice is any more feasible for the marginalized today than it was nearly 80 years ago, when Wright’s classic was first published.

Sanders’ guarded and then explosive turn as Big, and the version of Chicago he inhabits — first as a freethinker and then as a hired chauffeur — are captured by cinematographer Matthew Libatique in pristine frames that occasionally glimpse into the character’s distraught psyche via fast-paced, meditative clips. The score from Kyle Dixon and Michael Stein (“Stranger Things”) mutates from uplifting melody to sounds of despair.

Even if its final act veers into bleakness with perhaps one more beat than needed, “Native Son” is as fascinatingly radical as any of Spike Lee’s most revered knockouts, but with its pulse on current atrocities. Despite all the upsetting elements that coincide in its conclusion, its final shot does offer a tinge of hope that if we can see what is putrid about our society, we might begin the process to change it.