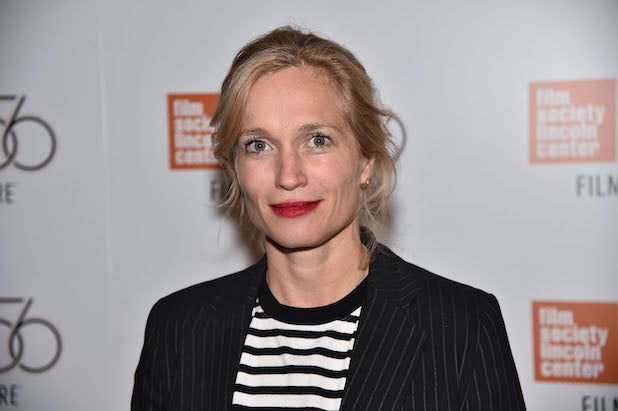 Bleecker Street has acquired the U.S. distribution rights to “The Klarsfelds,” a new documentary film from director Alexis Bloom that focuses on the true history of a family of Nazi hunters.

Bloom is the director of the Roger Ailes documentary “Divide and Conquer” and a producer on the Wikileaks documentary “We Steal Secrets,” and her latest film “The Klarsfelds” is an animated documentary thriller about Serge and Beate Klarsfeld, two agents and activists who have worked throughout their lives to track former Nazis in order to document the events of the Holocaust.

Both agents are still alive and are living in Paris, and their story features interviews with the subjects and with other Mossad agents who have never shared their story before. Bloom will frame “The Klarsfeld” as an animated, espionage thriller while also focusing on the personal and surprising side of the Klarsfeld family’s relationship.

“Alexis and the team are creating a provocative and thrilling account of two of the most legendary Nazi hunters,” Andrew Karpen, CEO of Bleecker Street, said in a statement. “We are excited to be bringing the Klarsfelds’ story to life through Alexis’ creative storytelling.”

“We’re writing a new chapter of history,” Bloom said in a statement. “And it’s wonderful to be given the opportunity to tell it in an entirely fresh way, where non-fiction can also be visually dazzling.”

The deal was brokered between Kent Sanderson, and Avy Eschenasy of Bleecker Street and UTA on behalf of the film. Fremantle funded the development of the film and co-developed with Melman, Ailem and Jigsaw Productions.

Bleecker Street’s upcoming releases are “Save Yourselves!,” “Dream Horse” with Toni Collette and “Wild Mountain Thyme” from John Patrick Shanley.

For the record: A previous version of this story listed Bloom as the director of “We Steal Secrets.” She is a producer on the film.

Ryan Gosling, Russell Crowe and Edward Norton have all portrayed neo-Nazis or skinheads on film