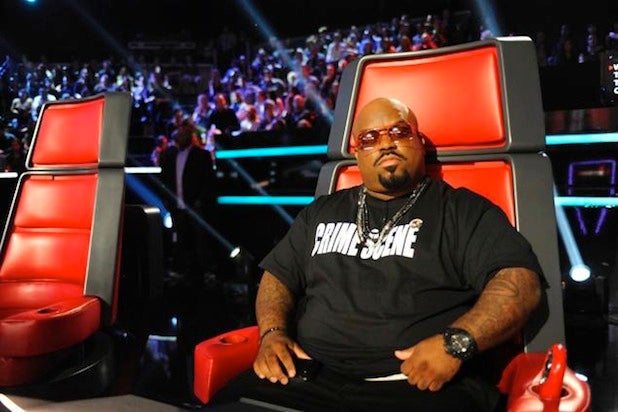 CeeLo Green“>CeeLo Green went rogue when he decided to announce his exit from NBC’s “The Voice” on “The Ellen DeGeneres Show,” which released video of the singer’s announcement on Tuesday evening.

Green’s decision to quit was a move to avoid being fired by NBC and producer Mark Burnett Productions, an individual with knowledge of the situation told TheWrap.

Blindsided by the timing of his announcement, producers are unsure what to do with Green’s vacant coaches’ seat.

A second individual with knowledge of the situation told TheWrap that NBC wanted to announce Green’s departure mutually with the singer but that Green decided he wanted to to do it on “The Ellen DeGeneres Show.”

His exit arrives after a touch-and-go fifth season, which led to at least one “meltdown,” as the insider described it.

Burnett had to spend a lot of time with the emotional Green last season and on at least two occasions, the “F–k You” singer had to leave the set.

The general belief among the production was that he was feeling the weight of a legal case that could result in prison time.

The singer is accused of slipping a 33-year-old woman ecstasy while the pair was dining at a downtown Los Angeles restaurant in mid-July of last year. He’s charged with furnishing a controlled substance, a felony charge that carries up to four years in state prison.

On “The Ellen DeGeneres Show,” Green said he was quitting “The Voice,” because he didn’t want to “wear out my welcome.”

He did say that he would continue his relationship with NBC.

“I have a television show development deal with them as well and hopefully some other talk show opportunities for later in the year,” he said.

Green, in the meantime, will be touring with former Commodores frontman Lionel Richie.

“CeeLo Green has been an instrumental part of the success of ‘The Voice’ and we deeply appreciate all his contributions,” the exec said. “We’re looking forward to working with him on other upcoming projects that will tap into both his musical and entertainment expertise.”

Green’s departure arrives as “The Voice” sets to return to NBC for its sixth season on Monday — with Green and Christina Aguilera once again rotating out as Usher and Shakira return to take their places in the coaches’ seats once again.

An NBC spokesman told TheWrap: “CeeLo’s departure didn’t blindside us at all. This was a mutual decision and we’re looking forward to working with him in the future on different projects and expect to be in business with him.”

Reps for CeeLo Green have not yet returned TheWrap’s request for comment.