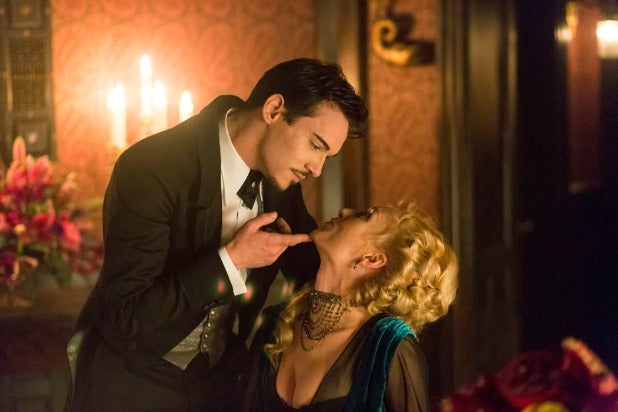 NBC has canceled “Dracula” after one season, TheWrap has learned.

The series followed Dracula as he arrived in London, posing as an American entrepreneur who maintained a desire to bring modern science to Victorian society. Of course, those were not the classic character’s true intentions, though viewers will not have a chance to see the new interpretation play out any further.

Also canceled this week by NBC was “Crisis,” “Believe” and “Community.”

The first two were presumed goners, while “Community” seemed to teeter on the verge of cancelation each season. Rabid fans of the five-year Joel McHale comedy took to social media to voice their extreme displeasure, which TheWrap chronicled here.

On the plus side, the network has picked up Kate Walsh’s “Bad Judge,” Debra Messing‘s “Mysteries of Laura” and Katherine Heigl‘s “State of Affairs,” among other projects.

“Hannibal” has been renewed for a third season by NBC.