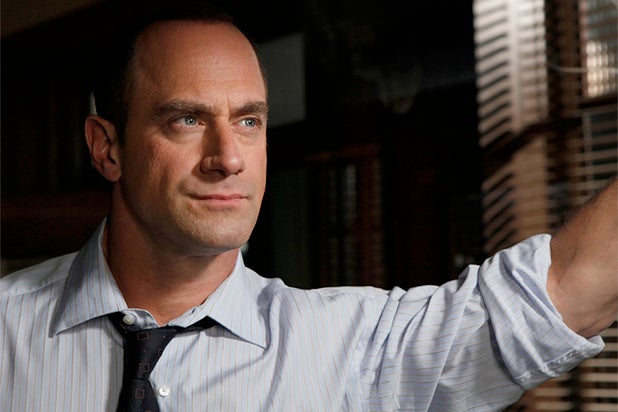 Titled “Law & Order: Organized Crime,” the new drama will be led by Meloni reprising his role as Elliot Stabler and will air Thursday nights at 10 p.m. following the 22nd season of “SVU” at 9. The drama will be NBC’s only new series this fall, with Tina Fey and Robert Carlock’s “Mr. Mayor,” Kenan Thompson’s “Kenan” and Dwayne Johnson’s “Young Rock” all being held for later in the season.

“The Voice” will return with a new season airing Monday and Tuesday nights, with Gwen Stefani rejoining the show as a coach alongside Kelly Clarkson, John Legend and Blake Shelton. “The Voice” will be followed on Monday nights by Season 3 of “Manifest,” which is being moved up from midseason, and new seasons of “This Is Us” and “New Amsterdam” on Tuesdays.

Wednesdays will once again be entirely dedicated to Dick Wolf’s “Chicago” series, with “Chicago Med” at 8 p.m. leading into “Chicago Fire” at 9 p.m. and “Chicago P.D.” at 10 p.m.

Returning comedies “Superstore and “Brooklyn Nine-Nine” will kick off the network’s Thursday schedule, followed by the two “Law & Order” spinoffs later in the night. “The Blacklist” will return to its usual Friday night timeslot, rounding out NBC’s scripted slate for the fall.

In addition to the three new comedies, returning series “Good Girls,” “Zoey’s Extraordinary Playlist” and a handful of new and returning game shows will debut either at midseason or in the summer.

“Thanks to the ingenuity of our creative teams and our partner studios, NBC has assembled a remarkably stable schedule at a time when stability is called for,” said Paul Telegdy, Chairman of NBC Entertainment. “With the reopening of the Universal lot for select productions this week, we are confident that our schedule will premiere intact later this fall. We design shows for longevity and this schedule remains a powerful propulsive force for shows to start here and carry on entertaining across generations.”

The network has also committed itself to funding an additional writer on each of its scripted series this season in an effort to boost diversity among the shows’ writing staff.

Telegdy continued, “Our brand has always championed positive programming, and the events of this year have allowed us the time to take pause, examine our business with a new lens and take some immediate action. Since many of our writers’ rooms have not yet opened, we are taking this opportunity to offer all of this season’s showrunners the chance to enrich their team with an additional diverse writer at any level. It is not the solution by any means, but it is something we can do right now to take a positive step.”