NBC has contingency plans if Steve Carell does leave the network's long-running sitcom "The Office," a network official has told TheWrap. 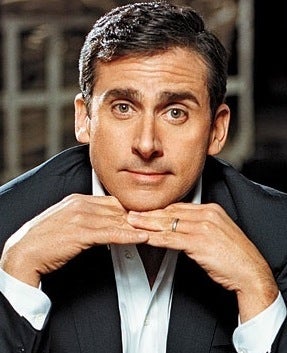 E! News reported on Sunday that Carell confirmed what he told BBC Radio earlier that he will leave "The Office" when his contract expires after the 2010-11 season.

The network was not surprised by Carell's comments, and it has contingency plans if he does, the official said.

"Steve has made comments before, and we are not blindsided by this at all. So we are prepared if we need to deal with it."

No one at the network would divulge what those contingency plans would be, though one individual at the network pointed out that the show does have an ensemble cast, indicating the show could continue without Carell.

NBC did not comment officially on any of Carell's remarks or its future plans. However, it did develop and pick up many more sitcoms than usual for next season, several of which it is holding for mid-season.

So it is a possibility that the network could have made those moves as a contingency plan, where it could test the waters by airing a number of different sitcoms as possible replacements for "The Office" in 2011-12.

E! News spoke to Carell on the red carpet at the premiere of "Despicable Me" on Sunday night.

"I just think it's time," he said. "I want to fulfill my contract. When I first signed on I had a contract for seven seasons, and this coming year is my seventh. I just thought it was time for my character to go."

Carell told E! that he doesn't think his departure would mean the end of the show, which has an ensemble cast, although he is the lead and focal point of the show.

"The Office" has been a critical success and has drawn a sizable 18-49 demo audience, but has never drawn mass viewership. The six-year-old show last season in first run episodes averaged 7.1 million live viewers and 8.8 million viewers when seven days of DVR viewership was included.

That compares with 13.6 million live and 14.7 million when seven day viewing is added to CBS' sitcom "Two and a Half Men." Other comedies with higher average live plus same day viewership include CBS' "The Big Bang Theory" with 12.9 million viewers, Fox's "Glee" with 8.4 million viewers and ABC's "Modern Family" with 8.2 million viewers.

And the peacock's other Thursday night sitcom, "30 Rock," has won the Emmy for best comedy series for the past three years after "The Office" won it in 2006.

So even if the network had to cancel "The Office" were Carell to depart, it would not have a devastating effect on the network's advertising bottom line.

The series is co-produced by NBCU's Universal Media Studios and the show went into syndication in the fall of 2009, meaning a revenue stream for the studio, even if when its network run is over.