NBC briefly identified country singer Mickey Guyton, who opened up the Super Bowl with a powerful rendition of the national anthem, as R&B star Jhené Aiko, who was there to sing “America the Beautiful.” And let’s just say, Twitter users were not happy with the faux pas.

Although the chryon misidentifying Guyton was quickly fixed, the mix-up was named and shamed on Twitter, with one fan chiding the network, “Not them showing Mickey Guyton with Jhene Aiko’s name underneath. Come on now…” 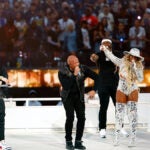 The name mix-up of the two Black singers was especially awkward considering Guyton had told the New York Post earlier this week, “It’s Black History Month, and a Black country singer gets to sing the national anthem at the Super Bowl. Wow. This is a huge moment for me. It’s a huge moment for Black people. And I want to represent that in the best possible way that I can.”

Here’s just a handful of those who spotted the mistake and were quick to express their frustration.

Several people suggested the person responsible for the snafu be fired.

Guyton, on the other hand, did not seem upset and tweeted a behind-the-scenes photo with the caption, “What a dream. Thankful.” 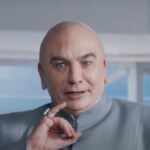