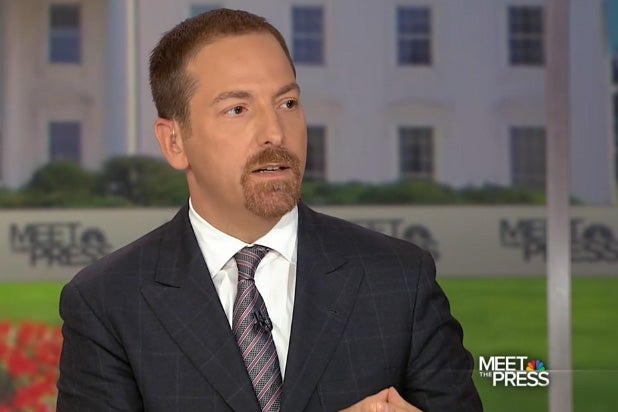 After President Donald Trump unloaded Thursday about being treated “unfairly” before his “total acquittal” in the Senate impeachment trial, NBC News’ Chuck Todd made a few observations about the Republican party as it stands now.

Chief White House correspondent Hallie Jackson noted that Trump gave his remarks — or held, as he called it, his “celebration” — in front of Republican lawmakers and other allies in the White House.

“It was rather remarkable the length of time that the president simply went on this extended riff in front of the people who, frankly, support him the most in Washington,” she said.

Trump received a standing ovation from his East Room audience, and the newly-acquitted but forever-impeached president told his supporters, “We’ve all been through a lot together, and we probably deserve that hand for all of us, because it’s been a very unfair situation.”

The Senate voted to acquit Trump on both articles of impeachment against him Wednesday, ending the months-long saga that began when House Speaker Nancy Pelosi announced the impeachment inquiry last fall. Only one Republican senator, Utah’s Mitt Romney, voted to convict Trump. He became the first senator in history to vote to convict a president impeached in his own party.