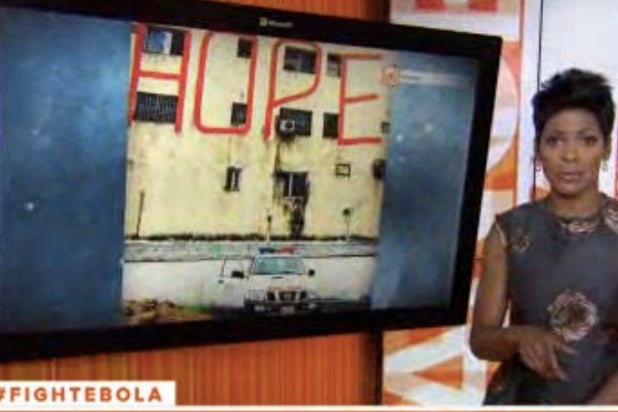 NBC News was part of the Ebola epidemic story when its cameraman became infected. On Monday, they, along with Facebook, are telling untold stories in a cross-platform, 24-hour campaign.

On the “Today” show this morning, the network broadcast the first of what will be 24 stories Monday centering around children and families affected by Ebola in West Africa. “Today” introduced 32-year-old Katie Meyler; an American school administrator volunteering in Liberia during the Ebola outbreak.

Stories like this will pop up on NBCNews.com throughout Monday and in the evening on “Nightly News” with Brian Williams.   New stories will launch every hour as part of “Spread the Story #FightEbola.”

NBC News’ Instagram will also take part, posting photos from the disease-ridden country that show what people are going through.

Since September 1st, over 105 million people have had over 370 million interactions on the topic of Ebola.