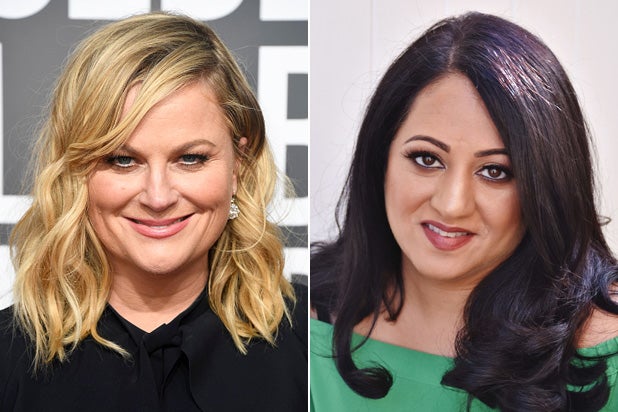 NBC has picked up another comedy pilot, this time from executive producer Amy Poehler and writer Aseem Batra.

The untitled project, a single-camera comedy from Universal Television, “shows one woman’s hilarious unfiltered take on the side effects of trying to have it all.” Batra, an alum of “Scrubs,” “The Cleveland Show” and NBC’s “Marlon,” will serve as writer and executive producer.

The project is inspired by the book “I Feel Bad: All Day. Every Day. About Everything.” by Orli Auslander

NBC has already ordered five comedy pilots this season, four of which — Mike Schur’s “Abby’s,” Brian Gallivan’s “Friends-in-Law,” as well as “Like Family” and “So Close” from “Will & Grace’s” Sean Hayes — have been multi-cameras. The network’s only other single-camera comedy pilot so far is “Guess Who Died” from Norman Lear and Peter Tolan.