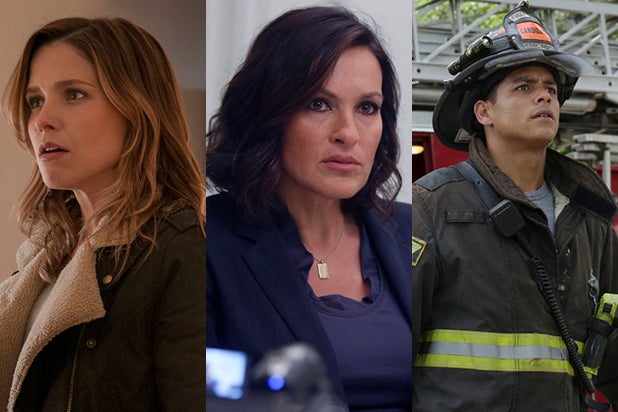 A child pornography ring will bring the cops, firefighters and district attorneys of three Dick Wolf shows together on NBC during the November ratings period.

The network announced plans on Monday for a three way cross-over event of “Law & Order: SVU,” “Chicago Fire” and “Chicago PD.” The storyline will revolve around a child pornography ring that stretches from New York to Chicago, which will kick off on “Chicago Fire” on Tuesday, Nov 11.

The storyline will conclude on Wednesday, Nov 12 on “Law & Order: SVU” and “Chicago PD,” which air back-to-back starting at 9 p.m.

“Warren Leight (“SVU” showrunner) and Matt Olmstead (“Chicago Fire”/”Chicago P.D.” showrunner) are two of the best writers in the business,” Wolf  said in a statement. “We wanted to figure out a way to create a crime that connects all three shows. Warren, Matt and I came up with a story that was big and unique enough to transit to all three.”