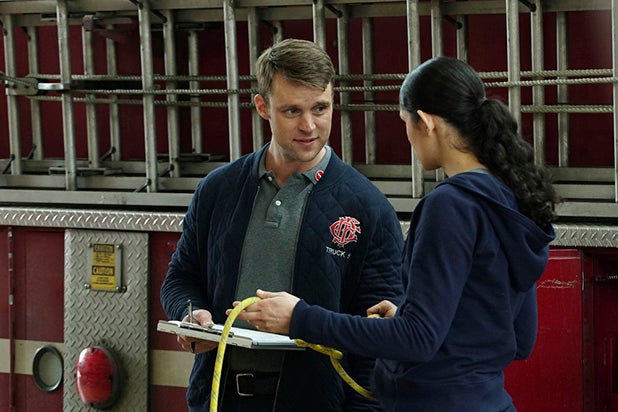 NBC has renewed all three of Dick Wolf’s “Chicago” shows for another season, the network announced on Tuesday.

“We remain in awe of the job Dick Wolf, our producers, casts and crews do in creating some of the most compelling television today,” NBC scripted programming co-presidents Lisa Katz and Tracey Pakosta said. “The ‘Chicago’ franchise is a lynchpin of our schedule and we’re thrilled that audiences have embraced our Wednesdays with such incredible passion for these shows and characters.”

This season, NBC has all three of the dramas stacked on the same night, with “Med” kicking off the network’s Wednesday night line-up, followed by “Fire” and then “PD” at 10 p.m.

All three hail from Universal Television and Wolf Entertainment.