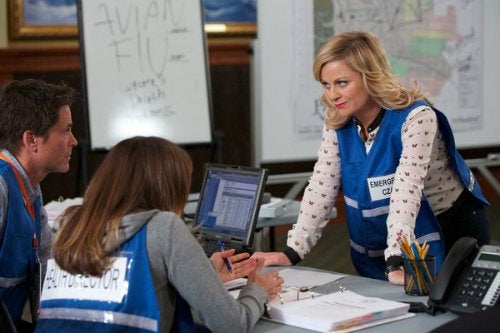 The cast of “Parks and Recreation” is returning to Pawnee, Indiana for a one-night charity special benefiting Feeding America, NBC announced Thursday.

Also Read: 'Saturday Night Live' to Air Another 'At Home' Episode This Week

“Like a lot of other people, we were looking for ways to help and felt that bringing these characters back for a night could raise some money,” said executive producer Michael Schur. “I sent a hopeful email to the cast and they all got back to me within 45 minutes. Our old ‘Parks and Rec’ team has put together one more 30-minute slice of (quarantined) Pawnee life and we hope everyone enjoys it. And donates!”

The telecast will raise funds for Feeding America’s COVID-19 Response Fund, which assists food banks in securing the resources they need to serve the most vulnerable members of the community during this difficult time. State Farm and Subaru of America, along with NBCUniversal and the writers, producers and cast of “Parks and Recreation,” will match donations up to a total of $500,000 through May 21.

“In such uncertain times, we can’t think of anyone better than Leslie Knope to unite our country with her unbridled enthusiasm and compassion,” said Lisa Katz and Tracey Pakosta, co-presidents of scripted programming at NBC. “A huge thank you to Mike Schur and the cast of ‘Parks and Recreation’ for putting this wonderful special together and bringing a smile to all our faces while raising money for such a worthwhile cause.”

“Parks and Recreation” ran for seven seasons on NBC between 2009 and 2015. It earned 14 Emmy nominations, including two for Outstanding Comedy Series, as well as a Best Actress win at the Golden Globes for Poehler in 2014.

Schur and the show were recently featured in a Vulture article titled “If I Wrote a Coronavirus Episode,” in which the masterminds behind a number of classic television series imagined how their characters would handle the current pandemic.