During a lengthy appearance on CNBC’s “Squawk on the Street,” NBC Universal CEO Jeff Shell, discussed Peacock subscribers, the potential axing of the 10 o’clock hour of NBC and rumors of NBCUniversal potentially buying Warner Bros. (You can watch the clip above.)

“There’s no question the television landscape is changing,” Shell said, after being informed of some criticism of Comcast’s approach to both linear and direct-to-consumer programming. “There’s definitely a shift from linear to non-linear. It all goes back to content.” (It should be noted, of course, that CNBC is part of Comcast’s vast media portfolio.)

When the subject turned to Peacock’s performance, which had stalled at about 13 million paid subscribers in Q2 (the same number the streamer had in Q1), Shell said: “We are doing really, really well. As of this quarter we have 30 million active accounts and we’re up over 15 million now paid. Over 2 million more than the end of last quarter. We’ve grown paid subs 70%.” He said the growth is driven by content, which Shell breaks down into four categories – sports (“we have the best sports offerings of any streaming service”), studio (“our film business is cranking”), linear business (“all of our content on NBC, Bravo and other channels, for the first time in coming months, is coming to Peacock”) and originals (“we have a prudent strategy”). Shell also said that Peacock had an ARPU (average revenue per user) of $10, “which I think is very healthy.” He pointed that in the two years since the service launched, Peacock revenue has hit $2 billion.

When the idea that NBCUniversal would potentially buy Warner Bros. in order to compete with the marketplace, Shell shot back. “The scale question I find completely baffling,” Shell said. “There has not been one single time when there was an investment that we wanted to make that we couldn’t make because we didn’t have enough capital. We have all the scale to do what we need to do. We’re making twice as many movies as our competitor. And we’re buying all that content and moving it to Peacock.” Still, Shell pointed out that “we’re a company that has always made acquisitions,” pointing to the company buying DreamWorks Animation. Not that Shell totally backed down. “For the people that say we need to do something, we don’t need to do anything,” Shell said. 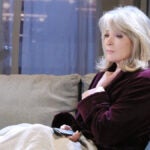 Also Read:
‘Days of Our Lives’ Legend Deidre Hall Assures Fans What the Soap Will *Not* Become Now That It’s on Peacock

Then there is, of course, the subject of linear programming. “Linear is still important,” Shell said. “It’s not over.” One idea that was reported earlier this year was that NBC would give back the 10 p.m. programming hour to local affiliates, essentially ending their day an hour early. “We’re evaluating a lot of things,” Shell said. “When you look at the investment in Peacock, if we’re being prudent operators, if you’re allocating a bunch of resources to one part of the business, you have to look at the allocation of resources to another. We’re looking to reallocate resources.” When pressed on when they would make a decision about the 10 o’clock hour, Shell said: “Whenever the numbers work. Right now we have a lot of great shows at 10 o’clock, we make a lot of money at 10 o’clock, we still have a lot of viewers at 10 o’clock. As linear declines, we’re going to make some trade-offs.”

Elsewhere, Shell said that the theme parks continue to grow and is “a great business.”

“We’re making more movies, because we believe in the business and we’re attracting the best filmmakers,” Shell said. When it comes to why more movies aren’t day and date, Shell said that the theatrical experience is what sets movies apart from “really long TV episodes,” and that in some cases the model does work. “Occasionally there’s a movie like ‘Halloween’ that you can be strategic about and put it on Peacock at the same time.”

Also, Shell said that Comcast will probably sell its 33% share of Hulu to Disney “for a lot of money,” when the time comes, although if the entire streamer were to go up for auction, they’d love to participate. 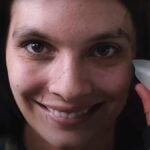