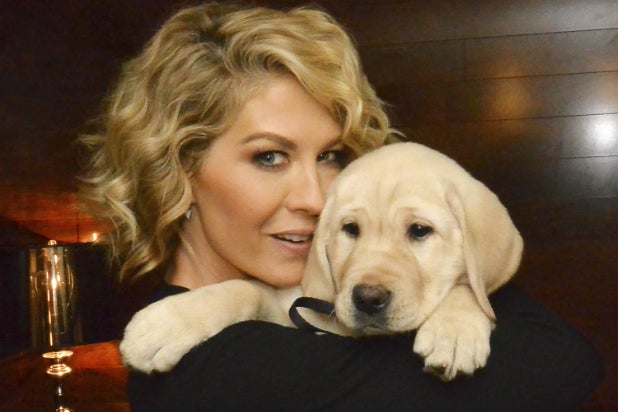 Brace yourself for the cutest story you will read all day.

The cast and crew of NBC’s new comedy, “Growing Up Fisher,” has adopted a puppy who will be paired with and trained to become a guide dog for a visually impaired person.

Guf, named after the show, is an 8-week-old yellow Labrador Retriever who will be cared for by a “puppy raiser” until he’s 18 months old, at which time he’ll join the intensive training program at the Guide Dog Foundation for the Blind in New York.

Though guide dogs are always free to visually impaired people, the total cost of raising and training a single dog is about $55,000. NBC’s sponsorship offsets that cost for raising little Guf.

“Growing Up Fisher” stars Jenna Elfman and J.K. Simmons as a blind father, based on executive producer DJ Nash’s own family.

For information on the Guide Dog Foundation for the Blind, or to make a donation, visit their website at www.guidedog.org.