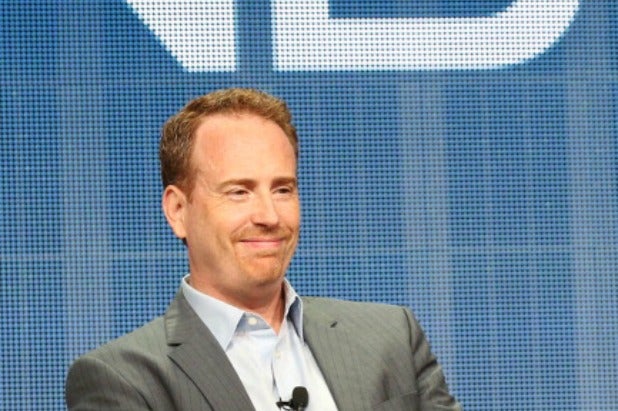 NBC’s new projects include a live musical “Peter Pan,” Katherine Heigl and Amy Poehler pilots, a series inspired by “The Wizard of Oz,” and a miniseries about a family torn apart by an adult slapping a child at a barbecue. The Poehler pilot is part of a new overall deal with the “Parks & Recreation” star.

“Peter Pan” answers the question of what live musical NBC will air this year to follow up on the success of “The Sound of Music,” which earned 19 million viewers in December.

The “Wizard of Oz” project “Emerald City” and the family drama “The Slap” are both expected midseason for the 2014-15 season, Greenblatt said.

Greenblatt said that he isn’t in negotiations with Leno because the host “didn’t want to have any of those conversations until he got through the final week of ‘The Tonight Show.'”

Also read: Jay Leno Reminds Sylvester Stallone Why He Should Never Do a Musical (Video)

“I would love him to do specials with us. We’ve got ideas of other shows he could host,” Greenblatt said.

The Heigl pilot, “State of Affairs,” is about a CIA adviser to the president. The Poehler pilot, “Old Soul,” will star Natasha Lyonne as a woman trying to find herself while working with seniors.

Greenblatt joked that he wanted Miley Cyrus to play Peter Pan. He said viewers should get ready for “flying children,” and stressed that safety would come first, especially given that the show will air live.

“You’re going to see the wires,” he said.

Greenblatt said “Emerald City,” ordered for 10 episodes, could potentially air new editions for years, but that “The Slap” would run for just eight episodes.