A familiar face is heading back to “NCIS.”

Meredith Eaton is returning to play Carol Wilson, a CDC immunologist, who made her first appearance in “NCIS” Season 7, members of the cast revealed on Instagram.

“Sometimes you get to write something for tv. And sometimes that means you get to hang out with friends you haven’t seen in far too long. So happy you’re here @themereaton!” Brian Dietzen, who plays Dr. Jimmy Palmer, shared on Instagram late last week. 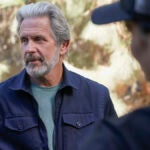 Wilmer Valderrama, who plays Nick Torres, also gave fans a video glimpse of Eaton behind the scenes via his Instagram, showing her saying hello and wearing an “NCIS Visitor” badge.

Steven D. Binder, the show’s executive producer, told TVInsider Eaton’s return comes as the “NCIS” team has a need for an “expert immunologist.”

“We’re beyond excited to be able to work with Meredith Eaton again. She’s an amazing actor, who brings a wonderful energy to our show. Since her last guest appearance in Season 11, we’ve been chomping at the bit to have her back whenever her schedule allowed,” Binder told the outlet. “And now, with the team desperately needing the help of an expert immunologist, who better than Meredith’s beloved ‘Carol Wilson’ to come and save the day? The only real question is, will she be in time?” 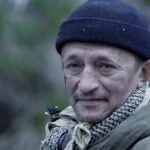 “NCIS” is in its 19th season. Eaton most recently starred on CBS’ “MacGyver.”

A rep for CBS didn’t immediately respond to TheWrap’s request for comment.”