Teri Polo has been cast in “NCIS” as the ex-wife of Gary Cole’s character Alden Parker. She’ll play Vivian Kolchak, a former FBI agent who now works as a paranormal investigator for the Defense Department, in the Season 19 finale, a rep for CBS confirmed to TheWrap on Thursday.

She will also appear in the first episode of Season 20.

Cole joined the long-running procedural in the sixth episode of the current season following the surprise exit of original cast member Mark Harmon. 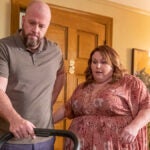 Polo most recently starred in Fox’s “The Big Leap.” She continues to recur as her “The Fosters” character Stef Adams Foster on the spinoff “Good Trouble.”

She is arguably best known for her role as Pam Byrnes-Focker in the “Meet the Parents” film trilogy. She is repped by Gersh and manager Bob McGowan.