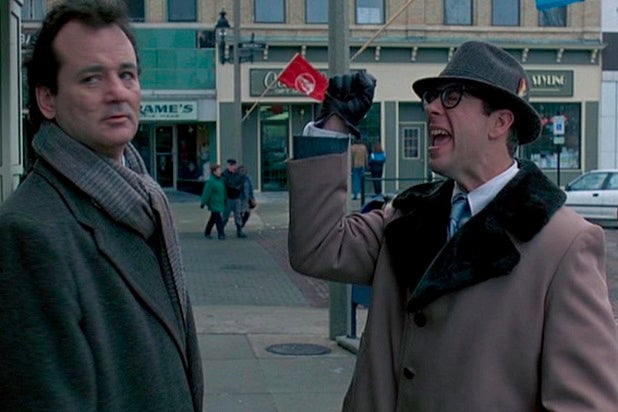 One of the most memorable characters in the classic comedy “Ground Hog Day” is the exceedingly irritating Ned Ryerson, played by character actor Stephen Tobolowsky. You might better remember him as “Needle-Nose Ned” or “Ned the Head.”

Interacting with the high-energy Ned becomes one of the staples of the personal hell Phil Connors (Bill Murray) finds himself in. Ned remembers Phil from high school, and after an exhausting “hey, remember me?” moment on the streets of Punxsatawney, Phil finds himself fending off Ned’s attempts to sell him insurance. When the premise kicks in that Phil is reliving the same day over and over, dodging Ned becomes more and more difficult and terrifying.

Also Read: 'Groundhog Day' and 9 Movies That Repeat the Same Day Over and Over (Photos)

This year marks the 25th anniversary of “Groundhog Day,” and the movie’s legacy has surpassed what anyone making it apparently ever considered. “I was not trying to write a spiritual piece, but I was trying to write a story about a human life,” screenwriter Danny Rubin told TheWrap about the movie. “You sort of go through these periods of time where it’s not quite right, and you feel like you want to move on, and you feel like you’ve tried everything and it’s just not changing. Yeah, of course. I think that’s a very common, human experience. I don’t know many people who haven’t experienced something like that.”

“Groundhog Day” has established itself both as a classic comedy and a movie that’s unexpectedly touching and spiritual, and Tobolowsky goes beyond his own role in the film to discuss how the movie somehow transcended its original premise as a standard Bill Murray comedy to become something much more resonant. As Tobolowsky explains, the movie “flirted with mediocrity” at every turn — but surpassed it because of the efforts of Ramis, screenwriter Danny Rubin and producer Trevor Albert, among others.

Tobolowsky also talks about some original versions of scenes in “Groundhog Day” that were cut or reworked, and how the combination of talent and ideas turned “Groundhog Day” into something special.

You can listen to the “Groundhog Day” episode of “The Tobolowsky Files” right here. And when you’re done with that, you should check out TheWrap’s interview with Rubin, Albert and star Andie MacDowell about how the movie started out as a regular romantic comedy, but became something spiritual.