UMPG, which has been Diamond’s publishing administrator since 2014, also netted the rights to all of the artist’s recordings, which includes 110 unreleased tracks, one unreleased album and archival longform videos, the group announced. Universal Music Group will also release his future music (if he heads back to the studio) under the deal terms.

“After nearly a decade in business with UMG, I am thankful for the trust and respect that we have built together and I feel confident in the knowledge that Lucian [Grainge, chairman and CEO of UMG], Jody [Gerson, UMPG chairman and CEO], Bruce [Resnikoff, president and CEO of Universal Music Enterprises], Michelle [Jubelirer, chair and CEO of Capitol Music Group] and the global team at UMG, will continue to represent my catalogue, and future releases with the same passion and integrity that have always fueled my career,” Diamond said in a statement. 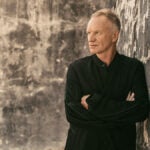 Diamond, a Kennedy Center Honors recipient who has sold over 130 million LPs, is best known for hits including “Sweet Caroline,” “Cracklin’ Rosie” and “Song Sung Blue.”

“Neil Diamond is by definition, a truly universal songwriter. His immense songbook and recordings encompass some of the most cherished and enduring songs in music history,” Grainge said in a statement. “Through our existing partnership, we are honored to have earned his trust to become the permanent custodians of his monumental musical legacy.”

“A legendary artist and songwriter, Neil’s music exemplifies how truly great songs have lasting power and stand the test of time. With this acquisition, which UMPG COO Marc Cimino played an invaluable part in, our global teams across all of Universal Music will work together to ensure that all of his timeless hits like ‘Sweet Caroline,’ ‘Red Red Wine’ and ‘Cracklin’ Rosie’ will continue to impact generations of fans, both existing and those to come,” Gerson’s statement read. 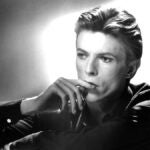 “Over his meteoric career, Neil Diamond created one of the greatest recording catalogues in pop music history. To be able to represent it in its entirety is both an honor and a thrill, and the entire Universal Music team looks forward to upholding his iconic legacy,” Resnikoff and Jubelirer said in a joint statement.