Neil LaBute is a playwright, screenwriter and director whose first films were praised by many and lambasted by some for perceived misogyny — before those critics came to realize they were focusing on only a sliver of LaBute’s darkly comic vision. He is currently directing his one-act play, “Wrecks,” starring Ed Harris, at the Geffen Playhouse, and his next film, “Death at a Funeral,” with Zoe Saldana, Tracy Morgan, Martin Lawrence and Chris Rock, will be released April 16.

LaBute talked with Eric Estrin about the value of stupidity in independent filmmaking, the traffic accident that kick-started his career and the trek from “goofball driver” to Filmmakers Trophy winner at Sundance.

I’d always flirted with the idea of writing. I don’t know that I needed to express myself, but early on I found that I was good at the creative part of storytelling. Then, starting in high-school drama class and college, I learned the mechanics of it along the way. 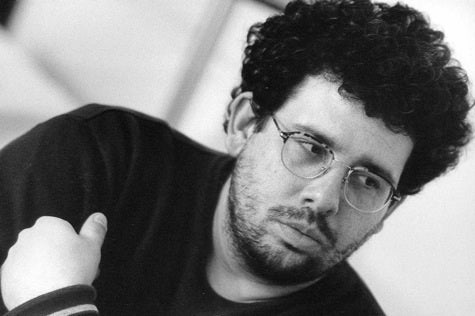 A play of mine was at the Sundance Lab, and producers saw it and were interested in making a film out of it. So during that year when they owned the option to that play, I (a), started seeing how it was done, and (b), realized how long it can take somebody to put a film together.

Now, after having been at it for a while, I think, well, they only had it for a year. But at the time I felt, Jesus, they’ve had it for a year! So when they went to renew the option, I was like, no, you can’t have it. You could take forever!

That project never got made, but at that point I started looking at things I had written that I thought I could make as a movie — that ended up being “In the Company of Men.”

Also at the time, I had all my feelers out and was listening and learning how people were making movies. I was looking at all the Sundance stories in particular, because I’d gone to Brigham Young University and had been to the festival and I’d worked as a driver up there; I’d gone to the workshop as a playwright, so I was familiar with that operation.

And I started hearing all these stories about these guys who had done these sorts of outlandish things to get money to make movies. You know, Robert Townsend with his credit cards, and Kevin Smith, who was working in the convenience store at night; and Robert Rodriguez doing some kind of chemical testing on himself, you know, medical experiments, and some other guy taking his money and putting it on red in Atlantic City — crazy ways that they raised 25,000 bucks.

The reason I’m that here today is complete stupidity, which was that I believed wholeheartedly those stories.

It was true, you often can get a film made for a certain amount of money, but made means shot, or maybe edited even, like I did for my film. But I still needed a bunch of money at the end to do the post-production, which I never even figured in.

So I thought, Oh, I can raise $25,000 to make the movie, and I did, in the same sort of crazy way. I asked two friends who’d gotten in a car accident if I could have their settlement because I wanted to make a movie. I said, I’ll get you that money back and I’ll try to double it — and ultimately did.

But had I known it would be a hundred and twenty-five, I don’t think I ever would have set out to do it. I just never would have thought I could raise that kind of money. So stupidity brought me to a crazy place, where I thought, Oh my God, I can’t finish this movie, and it’s just been accepted to Sundance.

But then people stepped in and helped out from there. Once you’re in Sundance, people realize that you’ve got a chance at making something happen.

I shot the thing, had enough money to shoot it and had a way to do an edit on it, which was to go on an online system in a church, a church that sends out a broadcast every week of their service. They had a facility for doing rough editing.

So we did this kind of rough cut in black and white. And we submitted that to Sundance. I was not chummy with the people there, but I did in fact know John Cooper, who was working at the workshops when I was a driver there and who’s now running the place.

And I said, “You don’t happen to remember me, do you? I was that goofball who picked up Jeff Daniels that one time. I’ve get a movie now. I’d really love you to take a look at it. And it got accepted and made its way through the system.

I raised enough money to finish the film through the hard work of my agent, who actually rolled up his sleeves and cashed in his 401Ks and went to everybody he knew to get enough money to make it. He became one of the producers and dragged it across the line.

And then it felt like, in fact, I do now have the chance to at least try to do this as a full-time profession. So I burned through a lot of films in the first five years or so, but then, given the opportunity, I kind of shifted subtly and started writing more for the theater, and I’ve just tried to balance the two systems ever since.