With Spotify sticking with Joe Rogan through the thick or thin of artist boycotts and even his established history of racist slurs, Neil Young has set his sights on the streamer’s employees with a plea to “get out of that place before it eats up your soul.”

Young, in a brief post on his website, directed his animus directly at Spotify CEO Daniel Ek and advised musicians whose songs are featured on the streamer to “find a better place.”

“To the musicians and creators in the world, I say this: You must be able to find a better place than SPOTIFY to be the home of your art,” Young wrote, a day after Ek condemned Rogan while saying his podcast would remain on Spotify.  “To the workers at SPOTIFY, I say Daniel Ek is your big problem – not Joe Rogan. Ek pulls the strings.

“Get out of that place before it eats up your soul,” Young wrote. “The only goals stated by EK are about numbers – not art, not creativity.”

Young’s post, part of a commentary on other subjects including banking and fossil fuel use, came a week after he led a growing group of musicians to take their music off the streamer. Those included Joni Mitchel and his old bandmates in Crosy, Stills, Nash and Young.

A video then surfaced online of Rogan saying the N-word 24 times, a clip that was boosted by artist India Arie, who used them to explain why she was also pulling her music from Spotify. 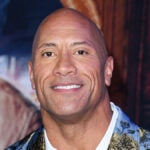 Also Read:
Dwayne Johnson Responds to Criticism of His Joe Rogan Defense: ‘Learning Moment for Me’

Rogan apologized in a six-minute Instagram video on Saturday, saying “I’m making this video to talk about the most regretful and shameful thing that I’ve ever had to talk about publicly.” He called the compilation “clips taken out of context” before acknowledging that it “looks f—in’ horrible, even to me.”