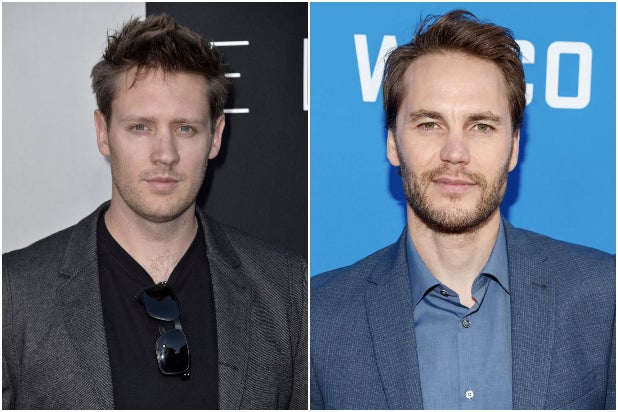 “District 9” director Neill Blomkamp is set to direct Taylor Kitsch in a sci-fi thriller called “Inferno” for what will be his first feature film since 2015’s “Chappie.”

The news was announced Thursday by chairman and CEO of AGC Studios Stuart Ford, whose company is financing “Inferno,” and production is expected to begin on the film in early 2020.

Like “District 9,” “Elysium” and “Chappie” before it, Blomkamp’s “Inferno” is an original story that examines the uneasy balance between humans and alien life all within a gritty and realistic action film genre.

Also Read: Taylor Kitsch to Star as 'Family-Oriented Drug Dealer' on Drama in the Works at HBO

According to the studio, Kitsch will play a cop who is called to investigate a seemingly ordinary murder in the New Mexico desert. The arrival of the FBI confirms his suspicions that something much bigger — perhaps even extra-terrestrial — is at play. The hunt for the killer soon puts him face-to-face with a humanoid beast who will stop at nothing to exterminate the one witness to the crime. As the hunt becomes personal with the abduction of his wife, everything he knows about the universe will be challenged, and our connection to other life forces in the universe will be revealed.

“I am very excited to be getting behind the camera and making ‘Inferno’ with AGC. The film is filled with themes and concepts that I find deeply fascinating, I feel lucky to be shooting it,” Blomkamp said in a statement.

“Over the last decade Neill Blomkamp has proven himself to be one of the most innovative creators of science fiction cinema in the world and I’m convinced that ‘Inferno’ is going to break new ground and take Neill’s body of work to even greater heights,” Ford added.

Blomkamp’s first feature “District 9” that imagined aliens landing on Earth through the lens of apartheid in South Africa and found alien immigrants living in slums and experiencing racism. The film was made on a $30 million budget and grossed $211 million worldwide before earning four Oscar nominations. The success of the film catapulted him to make “Elysium” starring Matt Damon and “Chappie” with Dev Patel. “Inferno” is just his fourth feature and his first since 2015.

Blomkamp was previously meant to shoot “Robocop Returns” at MGM, but he announced on Twitter in August that he was no longer working on the project. Blomkamp is represented by ICM.

Kitsch will next be seen in “21 Bridges” with Chadwick Boseman. He’s represented by CAA and Untitled Entertainment.

CAA Media Finance brokered the deal with AGC and will co-represent domestic and Chinese rights for the film.

9 Movies About Sad People in Space, From 'Gravity' to 'Ad Astra' (Photos)

There’s a long tradition of depressing sci-fi in films like “Moon,” “Interstellar” and “2001: A Space Odyssey”