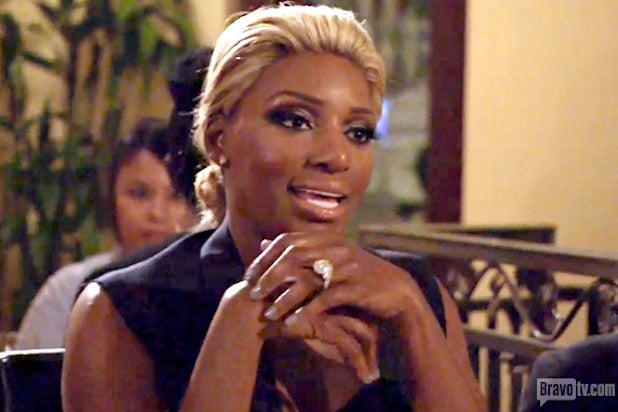 NeNe Leakes is leaving “Real Housewives of Atlanta” after eight years on the show.

“This was definitely a hard decision for me,” Leakes told People on Monday. “Me and my husband [Gregg Leakes] have been going back and forth on it for weeks now. But my contract is up and I just think this is the right time.

“This is my opportunity to spread my wings and do different things,” she added.

The 47-year-old fan favorite and original cast member doesn’t sound like she is going to miss the endless drama erupting between her costars.

“I feel a weight has been lifted off of my shoulders,” she said, referring to the years of arguments and bitchy altercations with Phaedra Parks, Kenya Moore, Cynthia Bailey, Kandi Burruss and former Housewife, Kim Zolciak-Biermann.

Rather than retiring from the small screen, Leakes already has a new project in the works which will start filming this week. “I’m actually going to be doing a new primetime television show with a big legend,” she said. “All of my fans will get to see me be really happy, witty and funny and tell all of those one liners that I always have said on ‘Housewives.'”

She also hinted that she might not be saying goodbye to Bravo fans altogether. “I’m not saying I’m gone forever,” NeNe said, leaving the door open for a possible cameo or two. “I’ll probably pop up and play with those girls every now and then.”

Leakes’ departure is yet another blow to the “Housewives” franchise following an announcement earlier this month that Brandi Glanville will not be returning to “RHOBH” after constantly stirring up drama with Kyle Richards, Lisa Vanderpump and Lisa Rinna.

Kim Richards is also unlikely to return following a recent arrest for which she was charged with public intoxication, resisting arrest, obstructing, delaying a peace officer or EMT and battery.

This is so hard for me to type! I cry as I do so! After seven seasons I have decided not to return to #RHOA… http://t.co/BDqiPwmNM2

We love @NeNeLeakes & she is always welcome back to the house she helped build! She's a Real Housewife forever!!