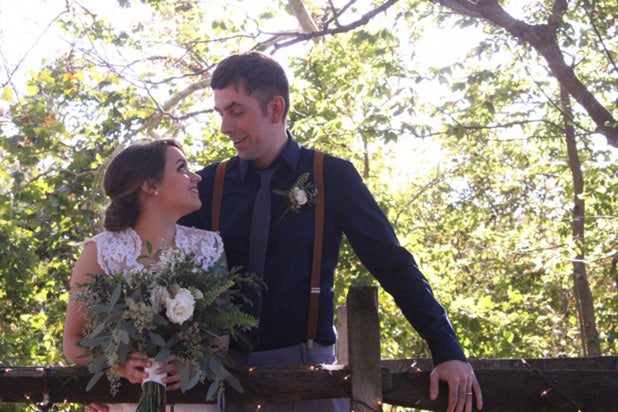 Tony Hovater, the Nazi sympathizer profiled by the New York Times over the weekend, revealed that it has since cost him his job and his house.

The 29-year-old New Carlisle, Ohio resident told The Washington Post that he, his wife and his brother-in-law had all been fired from the restaurant where they all worked, and that he had been forced to relocate due to financial reasons and concerns for his own safety.

“It’s not for the best to stay in a place that is now public information,” he told the paper. After the Times profile was published on Saturday, someone published Hovater’s address online. “We live alone. No one else is there to watch the house while I’m away.”

Also Read: NY Times Expresses 'Regret' for Profile of Neo-Nazi: 'The Point Was Not to Normalize Anything'

In a statement on Wednesday, 571 Grill & Draft House issued a statement saying it was unaware of Hovater’s political views and felt it necessary to terminate his employment when the restaurant became “swamped with phone calls and social media messages that are threatening and intimidating to both us and our employees.”

“We felt it necessary to fully sever the relationship with them in hopes to protect our 20 other employees from the verbal and social media threats being made from individuals all over the country, and as far as Australia. We neither encourage nor support any forms of hate within our establishment,” the statement said.

The New York Times feature by Richard Fausset, “A Voice of Hate in America’s Heartland,” originally titled “In America’s Heartland, the Nazi Sympathizer Next Door,”  followed Hovater who helped start the Traditionalist Workers Party, one of the extreme-right groups that marched in Charlottesville earlier this year.

The piece was widely criticized for, among other things: failing to provide crucial context including the actual views of TWP; an apparent unfamiliarity with known white supremacist terminology; failing to verify of several claims made by Hovater; failing to note that the paper had previously published a similar profile of his TWP co-founder.

The piece was also slammed for what many critics said was a tone that normalized white nationalists, describing Hovater as an avid “Seinfeld” watcher whose “Midwestern manners would please anyone’s mother.”

The backlash was such New York Times national editor Marc Lacey published a response on Sunday articulating the paper’s thinking.

“Our reporter and his editors agonized over the tone and content of the article,” he wrote. “The point of the story was not to normalize anything but to describe the degree to which hate and extremism have become far more normal in American life than many of us want to think.”

Hovater told the Washington Post that he was happy with the way the story turned out, calling it “immensely fair.”

“A lot of people were confused with what he was trying to do with that story. He’s not trying to set out and spook people,” Hovater said. “He wrote the article, he wrote the story that was given, and it was an accurate portrayal of me.”

He has since launched a crowdfunding campaign on the website GoyFundMe.com (launched after other platforms began banning campaigns linked to far-right leaning causes) which has raised more than $6,400 as of Wednesday evening.