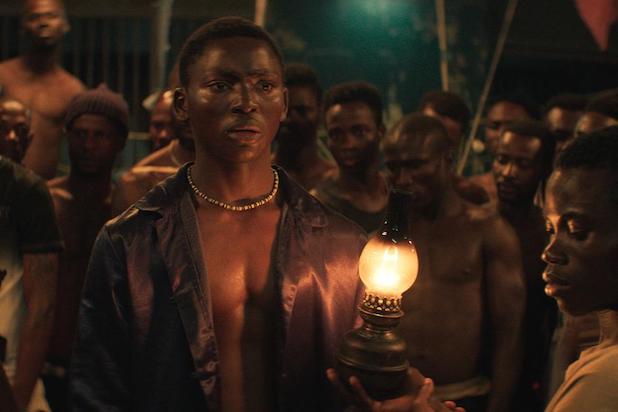 Neon has acquired the rights to “Night of the Kings,” the sophomore narrative feature film by director Philippe Lacôte that is the official Oscar submission from the Ivory Coast and that has been selected as part of the lineups for Venice, Toronto and the New York Film Festival, the distributor announced Wednesday.

“Night of the Kings” made its premiere on Monday in Venice and will next screen at TIFF and NYFF later this month. Neon will announce release plans at a later date.

“Night of the Kings” follows a young man on his first night in the infamous Ivorian prison, “La Maca.” Upon arriving, he is christened the “Roman,” or “Storyteller,” and must entertain his audience until morning, risking death should he fail. Under a blood-red moon, he crafts a tale weaving together the country’s mythological past and recent history, while around him, both prison and national politics threaten to boil over.

“Night of the Kings” marks just the third film the Ivory Coast has submitted for the Oscars. The first was “Black and White in Color” in 1976, which went on to win the Academy Award for Best Foreign Language Film, and the other was Lacôte’s debut feature “Run” from 2014.

Lacôte grew up in Abidjan and started his career with “Chronicles of War in the Ivory Coast,” a documentary film and diary of sorts that focused on the recent history of his country. His follow-up narrative feature “Run” premiered at Cannes in the Un Certain Regard section in 2014.