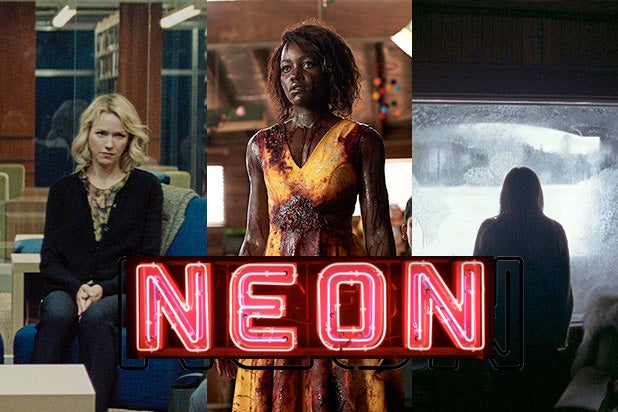 You might think the 2-year-old company would be gun-shy in Park City this year, but instead it emerged with four films at this year’s festival — second only to the free-spending Amazon Studios.

Neon partnered with Hulu to win a bidding war for the buzzy Lupita Nyong’o comedy thriller “Little Monsters,” in a deal worth mid-seven figures, and bought the thriller “The Lodge” for just under $2 million, Latin American survival thriller “Monos” and partnered with Topic Studios to acquire rights to “Luce,” starring Naomi Watts and Octavia Spencer.

In addition, Neon was also locked in pricey bidding wars for high-profile titles including Mindy Kaling’s “Late Night,” which Amazon bought for $13 million, and “The Farewell,” which saw worldwide rights go to A24 in a deal worth between $6 million and $7 million.

“I would say that the purchase prices were reflective of any year at Sundance,” Neon co-founder Tom Quinn told TheWrap. “We’re able to compete with the Amazons and the Netflixes when we think it makes sense.”

While Amazon cracked open the piggy bank and spent more than $45 million on films like “Late Night,” “The Report,” “Brittany Runs a Marathon” and “Honey Boy,” Neon emerged as a significant player in an increasingly volatile indie movie market.

This despite the fact that the company was founded in 2017 without the bankroll of Jeff Bezos’ tech giant or even the track record of more seasoned indie outfits like A24 and Fox Searchlight.

“We are different: We’re not a publicly traded company and we don’t have endless amounts of funds,” said Quinn, who previously launched The Weinstein Company’s Radius label where he scored with genre hits like “It Follows” and “Snowpiercer.” “But we’re in the business of being a top-tier distributor and how we envisioned ourselves before we launched is exactly what we’re doing.”

Following the success of “I, Tonya” — which Neon co-acquired with 30West in Toronto in 2017 and drove to a $30 million box office success as well as an Oscar for supporting actress Allison Janney — Neon and investment and advisory company 30West entered into a partnership last January that “dramatically changed Neon financially,” Quinn said.

The exact terms of the deal weren’t disclosed, but it gave 30West a majority ownership stake in Neon. But Quinn credited the deal for giving Neon the ability to build out its slate.

“30West’s investment and support has allowed us to be aggressive at festivals and be one of the top buyers at Toronto — and Sundance as well,” he said.

In addition to “I, Tonya,” Neon last year grossed a surprise $12 million from the hit documentary “Three Identical Strangers” and the Swedish-language fantasy “Border” topped $750,000. But other releases — including Natalie Portman’s “Vox Lux,” the cop thriller “Monsters and Men” and Shia LaBeouf’s “Borg vs. McEnroe” — failed to break $1 million.

And “Assassination Nation” severely underperformed, though Neon spread its risk by co-acquiring with Joe and Anthony Russo’s AGBO production company, and then partnering with foreign distributors, including Universal Pictures International in the U.K., to release the film overseas and help mitigate the distributor’s risk.

“It didn’t work,” Quinn admitted of “Assassination Nation.” “We were more aggressive than we should’ve been and would’ve fared better to platform it. I’m still happy though it’s an incredible film we can be proud of supporting and that we ultimately mitigated some of the risk.”

During this year’s Sundance, Neon focused on domestic theatrical distribution and partnered with other distributors where needed to help offset its exposure.

Heading into the festival, Quinn said, Neon was looking to acquire “the 3 L’s”: “Late Night,” “Luce” and “The Lodge.” Amazon ultimately beat out Neon’s $12.5 million offer for “Late Night.” The distributor was also ready to shell out $2.5 million for “The Farewell,” before A24 stepped in with as much as $7 million for worldwide rights.

“We operate with an annual budget just like everyone else, but if we wanted to step outside of that, we simply figure out how to mitigate the risk,” Quinn said.

“We have an incredible output deal with Hulu,” Quinn said. “We partnered with Hulu during Sundance to acquire Lupita Nyong’o hit comedy horror ‘Little Monsters.’ We are in a unique position as an independent. Our ancillary is handled by a studio, Universal, while some titles we’ll still handle directly.”

Neon has also partnered with YouTube, Shudder, BH Tilt and Netflix to release some of its slate. And in addition to using festival acquisitions, Neon has begun to produce its own projects. Neon premiered Todd Douglas Miller’s documentary “Apollo 11,” produced and financed by CNN Films, and it has “The Beach Bum,” starring Matthew McConaughey and Zac Efron, set for a March 29 theatrical release.

“That’s where the beauty of our company lies — it’s an eclectic slate,” Quinn said. “The small films like breakout discovery ‘Monos’ are just as important as the bottleneck priorities of ‘Late Night,’  ‘Luce’ and ‘The Lodge,’ they reflect our strong point of view as well as the films and filmmakers we want to support.”

“We want to do the best work we can for the slate, and when we see a film we love, it’s really hard to let it go,” Quinn said. “We hate to see someone else handle a film that we believe is a perfect Neon movie. We have more room in our slate, but if we don’t find another film for us this year, we will be OK.”