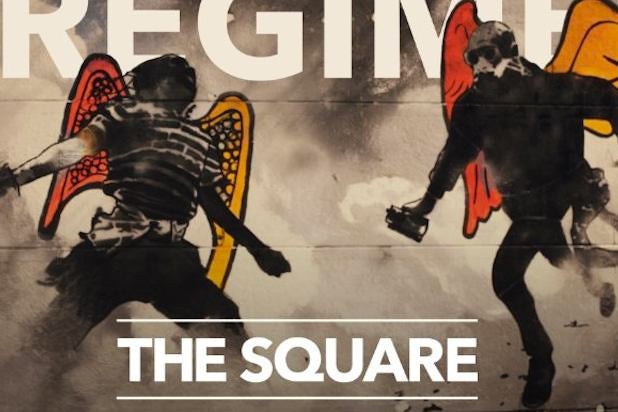 Netflix has acquired Jehane Noujaim’s Egyptian protest documentary “The Square,” which will premiere exclusively on Netflix in early 2014, the streaming service announced on Monday.

The award-winning tells the behind-the-headlines story of the Egyptian Revolution through the eyes of a number of young activists, including the charismatic Ahmed, whose poetic storytelling carries the narrative; Khalid Abdalla, an Egyptian actor who played the lead in “The Kite Runner” and put his career on hold to join the revolution; and Magdy, a member of the Muslim Brotherhood, a group whose alliance with the military stirred up controversy within the revolutionary ranks.

Also read: Why Netflix Is Greedy – and Right – About the Movie Business (Video)

The film provides an on-the-ground look the protests in Tahrir Square from the 2011 overthrow of military leader Hosni Mubarak through the ousting of Mohammed Morsi in 2013.

A work-in-progress version of “The Square” won the audience award at the Sundance Film Festival in January — but immediately after that festival, Noujaim went back to Egypt to film the continuing protests over Morsi, who was forced out of office in July. With the new footage added, the revised film won the People’s Choice Documentary Award at the Toronto International Film Festival in September.

Netflix acquired the film after it had already begun a self-financed theatrical run to qualify it for this year’s Academy Awards. The film was recently named one of the five nominees in the Best Feature category at the International Documentary Association’s IDA Documentary Awards.

Netflix made a strong entry into this year’s Emmy Awards, gaining 14 nominations for its original shows “House of Cards” and “Arrested Development,” and two wins for the former show.

“Our dream for ‘The Square’ is to inspire the hearts of as many people as possible and by working with Netflix, we can insure the film reaches a wide and diverse audience,” Noujaim said in a statement. “Nothing about the making of this film has followed the norms and that’s what makes it exciting. It is crucial for us as filmmakers, who have shot a documentary about people risking and losing their lives for their beliefs, to create a spirit of possibility.”

Netflix helped finance and distribute a number of documentaries through its now-defunct Red Envelope brand several years ago. Those docs included Kirby Dick’s “This Film Is Not Yet Rated” and the Oscar-winning “Born Into Brothels.”