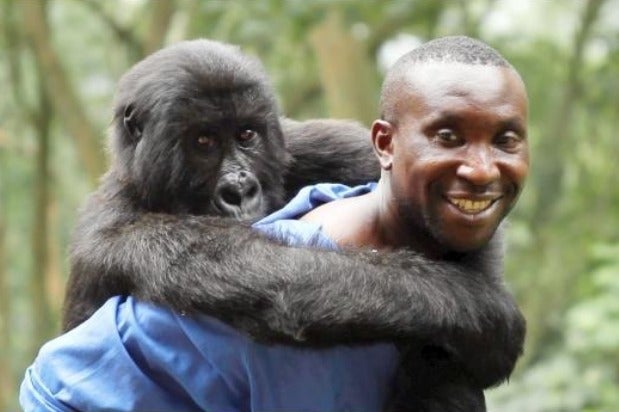 Netflix has acquired the rights to Grain Media’s documentary “Virunga,” about park rangers in the Congo waging a David-and- Goliath fight to defend the world’s last mountain gorillas amid poaching, oil interests, corruption and war.

The feature-length film takes place at Virunga National Park, home to the last of the planet’s 800 mountain gorillas. It will premiere exclusively on Netflix later this year.

“Virunga” debuted at the 2014 Tribeca Film Festival, where it was nominated as Best Documentary Feature. It was named Audience Favorite at the Hot Docs Film Festival and Best of Fest at AFI Docs.

At Virunga, director Orlando von Einsiedel met a small team of park rangers who include an ex-child solider, a caretaker of orphan gorillas and a conservationist who’s a member of the Belgian royal family. Their challenges only got harder when the M23 rebel group declared war in May 2012.

“Over two years ago I was drawn to the Virunga National Park to follow the work of an exceptional team of rangers risking their lives to try and better their country after 20 years of war. I found their hope inspiring and infectious. But, when I arrived, I honestly had no idea quite how stacked against them the odds were,” said von Einsiedel. “What is happening in the Virunga National Park is an urgent story that every one of us should know about. It’s a story that will profoundly affect us all in years to come and speaks about what sort of world we want our children and grandchildren to grow up in.”

“Combining compelling filmmaking with a captivating real-life subject, ‘Virunga’ will have viewers on the edge of their seats from its very first frame,” said Lisa Nishimura, Netflix’s vice president of Original Documentary and Comedy. “Orlando has crafted a film of rare and raw beauty, an artful and thought-provoking documentary that demands to be seen around the globe. ‘Virunga’ is a perfect fit for our Netflix original documentary slate.”