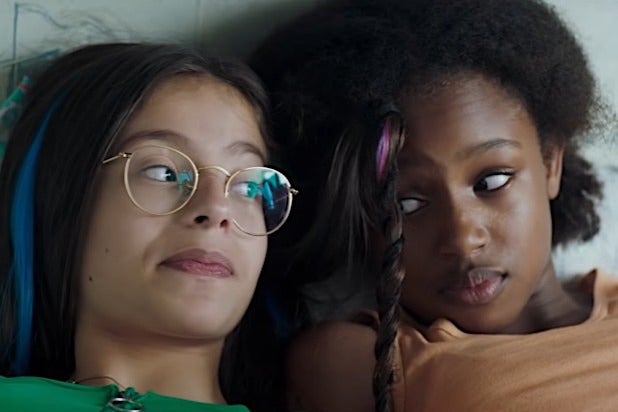 Netflix is standing by “Cuties” after being indicted by a grand jury in a Texas county district court over claims the French film promotes “lewd visual material” depicting a child.

The indictment, filed in Tyler County, Texas on September 23 and obtained by TheWrap, claims that the film “depicts the lewd exhibition of the genitals or pubic area of a clothed or partially clothed child who was younger than 18 years of age.” The charge names Ted Sarandos and Reed Hastings and argues that the critically acclaimed film has “no serious literary, artistic, political or scientific value.”

“‘Cuties’ is a social commentary against the sexualization of young children. This charge is without merit and we stand by the film,” Netflix said in a statement responding to to the lawsuit.

The Tyler County district attorney Lucas Babin said in a statement that he has watched “Cuties” and felt there was “probable cause” to believe it was in violation of Texas Penal Code.

“As a district attorney, I have to sift through countless cases and make calls every day on how to keep our communities safe. In our county, it is not uncommon for me to confront cases with underage victims,” Babin said in a statement. “After hearing about the movie ‘Cuties’ and watching it, I knew there was probable cause to believe it was criminal under Section 43.262 of the Texas Penal Code. The legislators of this state believe promoting certain lewd material of children has destructive consequences. If such material is distributed on a grand scale, isn’t the need to prosecute more, not less? A grand jury in Tyler county found probable cause for this felony, and my job is to uphold the laws of this State and see that justice is done.”

The indictment is the latest in the saga surrounding “Cuties,” which for months has been the target of a QAnon-linked campaign to have it removed from the streaming service that has been publicly supported by conservatives Ted Cruz and Laura Ingraham, among others. The controversy started after Netflix shared what it admitted was an “inappropriate” poster of the 11-year-old protagonists striking suggestive poses in revealing dance attire. Netflix pulled the poster and apologized for the marketing choice but said the poster did not represent the actual content of the film.

French-Senegal director Maimouna Doucouré directed “Cuties,” and her film is the story of a girl who rebels against her religious mother by joining a dance team, only to experience new emotional issues when her new dance team sexualizes herself and her team. Both she and Netflix have repeatedly defended the film as one that hopes to stop the exploitation of young girls and the hyper-sexualization of children.

In a phone interview last month, Doucouré told TheWrap that the controversy began with the poster Netflix used to promote the film ahead of its Sept. 9 release to U.S. subscribers. “Using this image on its own, out of context, in effect does not allow you to understand the theme in its entirety,” she said, arguing that the poster created a false impression about her intentions in depicting the challenges for young preteen girls in Western society to “grow up too fast.”

“As soon as this poster was put out publicly, it gave a wrong impression to a lot of people,” she said. “They made it seem as if the director was advocating for this hyper sexualized culture. … Then some people saw clips of the film outside of the context of the whole film, notably the dance contest scene, and people judged it without understanding the real message.” Read the full interview here.

Netflix was served with a summons by the Texas Rangers on October 1. The statement from the district attorney’s office says the offense is a State Jail Felony.

See the lawsuit via Texas representative Matt Schaefer below:

Netflix, Inc. indicted by grand jury in Tyler Co., Tx for promoting material in Cuties film which depicts lewd exhibition of pubic area of a clothed or partially clothed child who was younger than 18 yrs of age which appeals to the prurient interest in sex #Cuties #txlege pic.twitter.com/UJ1hY8XJ2l