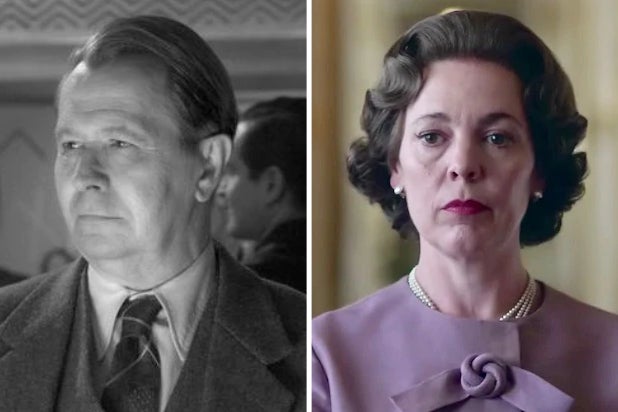 Netflix’s “Mank” and”The Crown” lead the Golden Globe nominations on Wednesday, with the streamer scoring 22 nominations in the film categories and 20 on the TV side, amounting to 35% of all nominations.

Netflix also landed three times more nominations than any other studio or network in both film and TV categories. Amazon Studios came in second on the motion picture side with seven nominations, while on the TV side, HBO also scored seven. Focus Features, Searchlight Pictures, Sony Pictures Classics and Disney all received five nominations on the film side, while HBO in the TV categories received seven and Hulu received six.

Hosted by Sarah Jessica Parker and Taraji P. Henson, the nominations ceremony were held bright and early on Wednesday at 5:35 a.m. PT/8:35 am ET.

The winners won’t be revealed until the Feb. 28 telecast, which will see Tina Fey and Amy Poehler return as hosts. In addition to the competitive categories, this year’s ceremony will also see Jane Fonda and Norman Lear receive lifetime achievement awards for their work in film and television, respectively.

You can see the full list of nominations here.