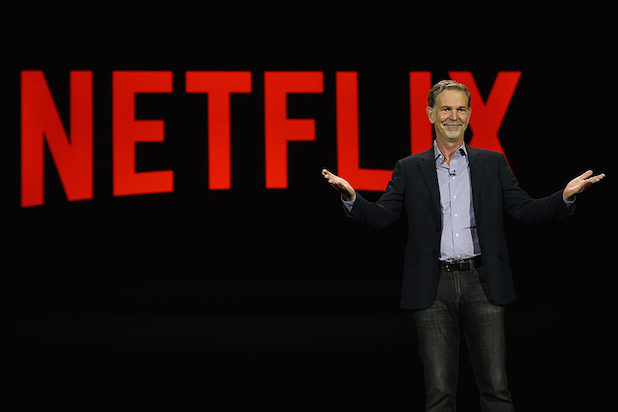 Netflix is set to report its Q2 earnings on Monday and, as usual with the streaming juggernaut, the mantra remains the same: It’s the subscribers, stupid.

As with most tech companies, growth — rather than revenue — has ultimately dictated its stock performance. It’s missed the mark on revenue in six of the last ten quarters, yet its share price is up nearly 40 percent since summer 2015.

But the company was licking its wounds at this time last year, with shares falling 25 percent halfway through 2016 — to about $86 per share — on uninspiring subscription numbers. It has recovered since then, treading water in the $147-157 range in the past three months, following an earnings beat but slightly underwhelming growth figures.

Analysts have Netflix pegged for $2.7 billion in Q2 revenue, representing slightly more than 30 percent year-over-year growth. Mounting costs to create and retain compelling content will remain a concern for investors, but it’ll be quickly overlooked if Netflix can continue adding to its 100 million members.

With that in mind, let’s run through the three things we’ll be looking at on Monday.

The obvious one. Netflix added five million subs last quarter, pushing it to the edge of 100 million customers — a figure it eclipsed only weeks into Q2.

Still, it’s tempering expectations for Monday’s report, with the company forecasting 3.2 million new additions. CEO Reed Hastings said Q2 is typically a “tight quarter” for the company, as it usually sees a tail-off in new members after the beginning of the year.

But this should be offset by a change in strategy by Netflix. The company usually stacks its content slate in the first quarter, but bumped several high profile releases, including “House of Cards,” to Q2 this year. Analysts expect this to work in the company’s favor.

“From early May to mid-June, we think that Netflix’s steady stream of high-profile and varied launches likely limited churn in the company’s seasonally weakest quarter of the year,” said Wedbush analyst, Michael Pachter. “We believe that low churn will lead to solid subscriber growth upside.”

2) Where’s That Growth Coming From?

As the Los Gatos-based company edges towards a saturation point in America with its more than 50 million domestic users, its investors will eagerly look to its performance internationally. Netflix knows this and is ramping up its marketing around the globe.

“The original content release schedule is expected to support healthy subscriber growth trends in the second half of the year and beyond,” said Scott Devitt, an analyst with Stifel. “Netflix expects to spend over $1B in marketing for the full year as the company aggressively pursues users in international markets and promotes its growing lineup.”

Devitt pointed to positive Q2 momentum in France and Germany — with a combined 52 million broadband households  — as an auspicious sign. Thailand, Romania and Israel are also poised to see strong growth.

Netflix could end up grappling with pesky EU legislation calling for 30 percent of its content to be “homegrown” European programs, but it’s not a serious threat at the moment.

Stifel projects Netflix to add 2.6 million international subscribers — in-line with the streaming service’s guidance. It initiated a buy rating and slapped a $170 price target on Netflix.

3) How Does It Spin Cancelled Shows?

From a content standpoint, Netflix has been on a tear of late. It just pulled in an impressive 91 Emmy nominations, spearheaded by “Stranger Things” and “The Crown.” At the same time, it’s shelling out money like it’s going out of style, with more than $15 billion in content obligations. This will ultimately work in the company’s favor, as it moves away from the pricey royalties and towards content it owns.

But Netflix has cancelled three shows in Q2 — “Sense8,” “The Get Down” and “Girlboss” — and investors may be itching for an explanation. It had only dropped five original shows in the last five years heading into this quarter. With these shows costing upwards of $10 million an episode in some cases, shareholders will want to see these mistakes don’t become a quarterly staple.

Hastings has an opportunity to turn this into a positive, though. Netflix has a treasure trove of user data at this point and can harness it to make swift decisions. By seeing what resonates with its members, Netflix can make more informed decisions on what shows are worth re-upping, as well as what genres to invest in. This will benefit Netflix’s bottom line in the long run.

Netflix’s shrewd decision to rearrange its content calendar, coupled with the positive reception its received, should mitigate its annual Q2 subscription lull. Add in bullish international projections, and we’re anticipating a strong performance on Monday. Expect to see a domestic membership number closer to 3 million than its projected 2.6 million. Ballooning content costs won’t be enough to submarine growing subscriptions and revenue.

From Jazzercise to giant hair, the critically acclaimed series is nostalgic for 1980s Los Angeles

Netflix's "GLOW" is back and more '80s than ever. Now that the Gorgeous Ladies of Wrestling have their own show, all the fashion and culture from the era is bigger than ever. Scroll on for our favorite totally '80s moments from the dramedy.