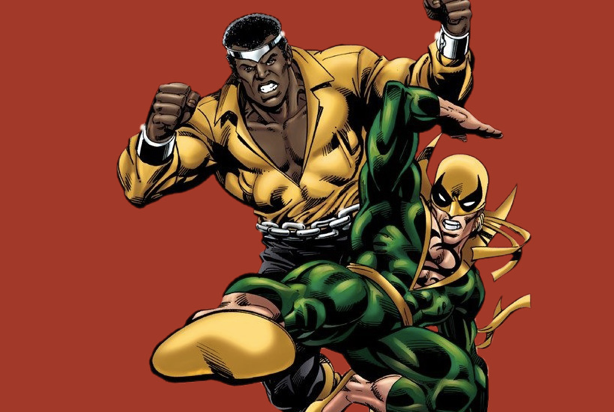 With its Marvel original series deal, Netflix is getting into the fanboy game with a firm eye toward international expansion.

The company’s blockbuster deal with Marvel-owner Disney to stream four original live-action shows centered on characters Daredevil, Luke Cage, Iron Fist and Jessica Jones helps solve that problem of original programs like the Beltway thriller “House of Cards” and the prison drama “Orange Is the New Black” getting lost in translation overseas.

Though less well-known than Captain America or Spider-Man, these superheroes represent the kind of storytelling that is global in scope. Netflix’s Chief Content Officer Ted Sarandos emphasized that Thursday when he said, “Like Disney, Marvel is a known and loved brand that travels.”

If Netflix is going to continue to push its stock to record levels, having programs that traverse language and cultural barriers will be critical. For the first time its history, Netflix added more foreign subscribers than domestic ones during its most recent financial quarter. Indeed, its international roll-out has been remarkably effective of late. Its foreign customer base clocks in at 9.2 million subscribers as of the third quarter of 2013, more than double the number it claimed in the same period a year-ago.

“If Netflix wants to get to 60 million subscribers, it needs to be all things to all people in terms of content,” Tony Wible, an analyst at Janney Montgomery Scott, told TheWrap. “Eli Roth‘s ‘Hemlock Grove’ offers up a different audience than ‘House of Cards’ which is different from ‘Arrested Development.’ Now Marvel is widening that appeal by targeting an even broader audience.”

In the intensely competitive world of streaming, where Netflix faces deep-pocketed rivals like Amazon and new entrants every day, content, particularly of the original and exclusive variety, is king.

“For us, it’s multiple years of serialized programming based on characters that are well known and from storytellers who are great at what they do,” Jonathan Friedland, chief communications officer for Netflix, said.

See video: Why Netflix Is Greedy – and Right – About the Movie Business

The deal also gives Marvel a relatively low-risk way to introduce its characters to Netflix’s binge-watching user base. It’s unlikely that many Netflix subscribers are currently sporting a Jessica Jones T-shirt or have an Iron Fist poster adorning their walls, but Marvel plans to use the streaming service to build up an audience for these relatively obscure crime fighters as a way of maximizing its sprawling library of super-powered cape and tights-wearers.

“Marvel has negotiated the optimal way to introduce a set of unfamiliar or marginalized characters to the world, priming each of them for later appearances in their theatrical films or on network TV shows like ‘Marvel’s Agents of SHIELD,'” Jeff Gomez, CEO of the transmedia consulting firm Starlight Runner Entertainment, told TheWrap.

“Marvel has thousands of characters,” Disney CEO Bob Iger pointed out to Wall Street analysts Thursday afternoon during its earnings call. “It’s not possible to mine them all with filmed entertainment.”

He said the characters involved in the deal were probably never going to turn into feature films on their own, but if they became popular on Netflix, “quite possible they could become feature films.”

Also read: ‘Orange Is the New Black’ Creator on Getting Renewed Ahead of Debut: ‘Netflix Has Balls’

The deal also gives Disney a relatively safe launching pad, one that doesn’t give the chatter-atti pesky things like ratings or box office to use as measuring sticks. Netflix keeps its viewing data closely guarded.

Iger said Marvel wanted to try other television platforms beyond sister company ABC, which airs “The Agents of S.H.I.E.L.D.”

“When we looked forward, we realized there were only so many Marvel shows we could fit onto those platforms,” Iger said. “So we looked at other opportunities.”

The new programming is intended to be grittier than the family-friendly entertainment that Marvel has become better known for lately, with shows set against a gritty, pre-gentrification Hells Kitchen backdrop. The kind of urban criminality the shows will dramatize might have run afoul of broadcast censors.

“The canvas is far more sprawling, because we’re being given dozens of hours to get to know these characters,” Gomez said. “On top of that, each of these superhero characters have interesting supporting casts, a rogues gallery of villains, and unique back stories (some of which they share with one another). So this is an opportunity for Marvel to unpack, stay a while, and have huge fun with its audience.”

The plan, Netflix and Disney said, is to unveil these four basically unknown characters in their own shows before building up to one epic mini-series about a super-team called “The Defenders.”

That strategy seemed to pay off with “The Avengers,” to the tune of $1.5 billion at the worldwide box office.

Lucas Shaw contributed to this report